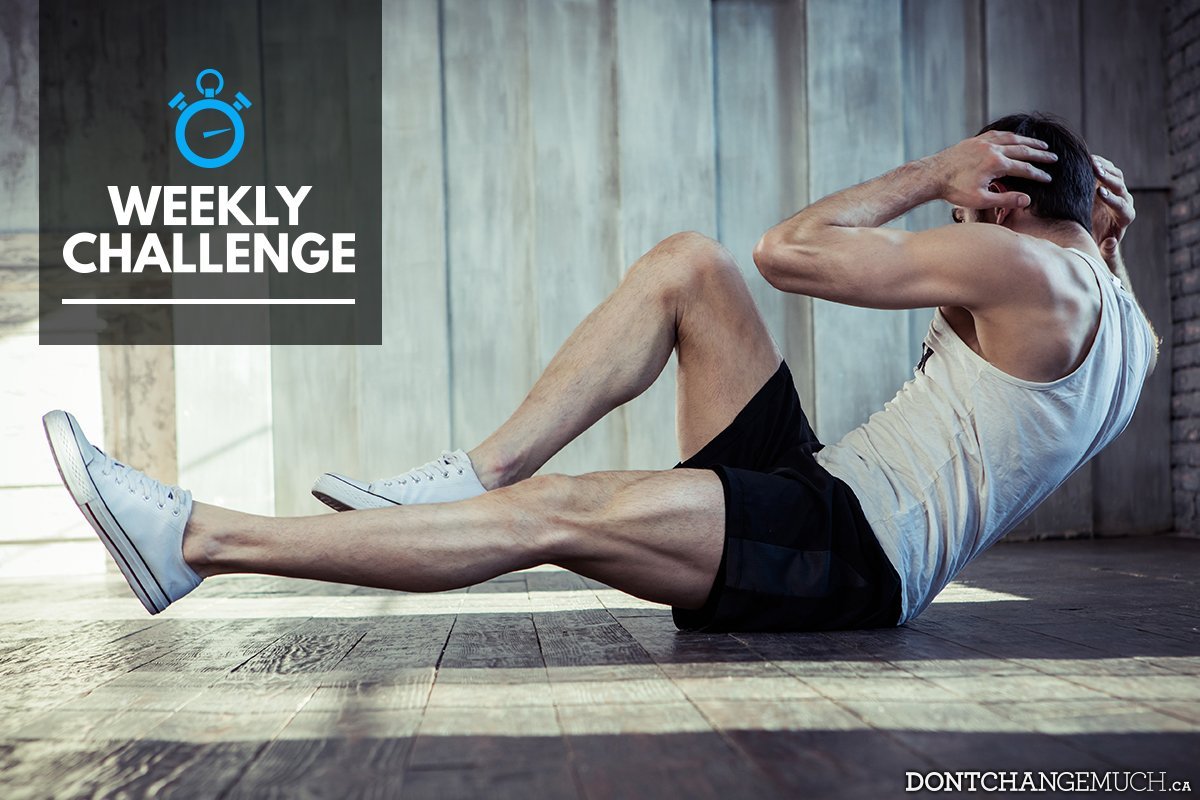 Weekly Fitness Challenge: Despite the name, no pedals, gears or skin-tight shorts are required for this simple exercise — find a bit of floor space, and it will slide seamlessly into your busy workday or family life. Why, then, is it called a “Bicycle” Crunch? Read on to find out…

The Bicycle Crunch is all about building your core muscles, which include everything in your torso. Regular crunches will get boring for you and your abs pretty quickly, so instead, give the bicycle crunch a try. Strengthening your core will give you better posture, as well as lessening wear and tear on the spine, allowing you to breathe deeply. Air pedalling may not seem as cool as air guitar, but you can still shred that guitar while crunching – no one’s gonna stop you.

This one starts out easy: Clear a spot on the floor where you can spread all the way out — a carpet, rug or mat is a good idea.

Now you know where the name comes from, and after doing 10 of these you’ll also know why it’s such a good core workout. If you’re just starting out, allow your legs and shoulders to rest on the floor for a second or two between crunches. Then…

The longer you can keep your legs and shoulders from touching the ground, the more you’ll work your core. After mastering the movements with short rests between crunches, try doing two in a row without resting, and then three, and then four, until you can do an entire set of ten without your shoulders and legs touching the floor.

Let’s face it, we’d all like to look like Zac Efron, but most of us just don’t have the time to dedicate ourselves to that intensive form of training. Instead, losing a couple notches on the belt is easy enough to do by adding the bicycle crunch into your routine.