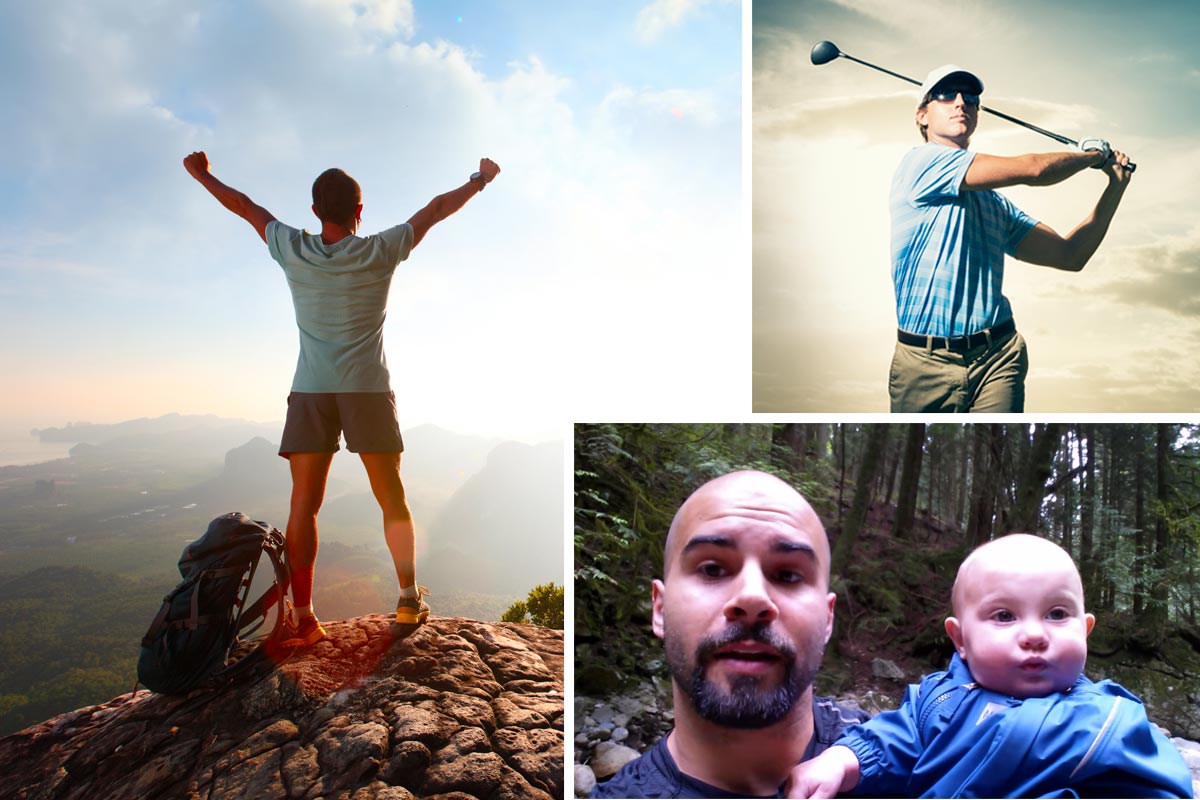 With over 55,000 health pledges taken, we all took a big step towards creating a social movement for men to live healthier, happier lives by embracing small changes. Why should you care? Because this is going to be a long-lasting legacy for a better Canada.  And c’mon even opposing political parties rallied together with us for the cause and that speaks volumes!

Here are 10 big “wins” you may have missed during Canadian Men’s Health Week:

This first-ever digital campaign called on men to make four simple lifestyle changes that can help them feel better and live healthier lives: Take the stairs instead of the escalator, choose salad as a side dish, get off the bus one stop earlier, and eat more broccoli. Not only did more than 55,000 people take The Health Pledge (one click or tap at CanadianMensHealthWeek.ca is all it took!), hundreds of others, including Men’s Health Champions Simon Whitfield, Trevor Linden, Adam Kreek, Shea Emry, Jim Hughson and Ned Bell showed their support. Some Champions even recorded selfie videos and challenged friends and family to embrace stairs, short strolls and salads.

What prompted so many Canadians to take The Pledge? It could have been this ground-breaking study, released at the start of Canadian Men’s Health Week, which showed that four lifestyle factors — smoking, excess weight, over-consumption of alcohol and physical inactivity — are sapping a shocking $36.9 billion from the Canadian economy each year and causing incredible hardship at the individual and family level. For all you visual learners, click here to see an infographic of the report. 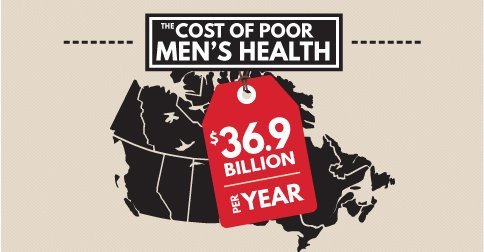 The Globe and Mail newspaper’s national affairs columnist sets off a wave of media attention by using the Economic Impact Report’s findings to alert men to the consequences of ignoring their health. See the full article: “Men shouldn’t need a GPS to find their doctor’s office.”

The innovative online health survey YouCheck.ca provides a free, anonymous, bilingual tool for assessing the risk of developing seven of the most common diseases and conditions among Canadian men. It only takes 8 minutes and is a survey all Canadian men should take to be proactive about their health. 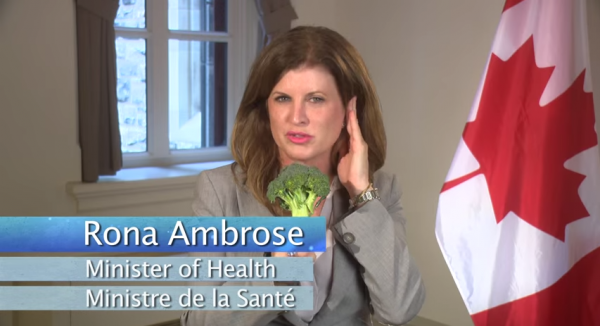 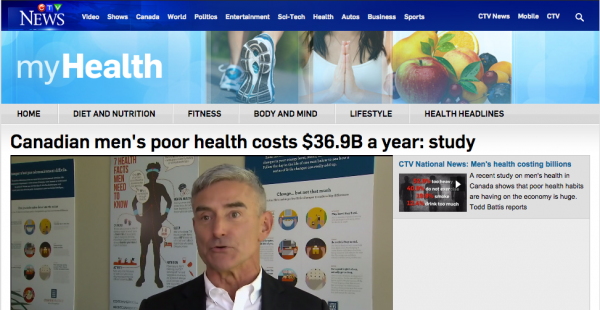 Leading Canadian firms Rexall, Scotiabank, Rogers, Deloitte and many others (see the full list here) encourage management, staff and customers to take The Pledge as part of a continuing drive to boost health awareness and positive change at the workplace and in our communities.

9. Got the attention of major national sports organizations:

Major sports organizations such as the National Hockey League Players Association, the Canadian Football League and its players association as well as Rogers Sportsnet broadcasting service showed their support on Twitter.

The international chart-topping Canadian singer and songwriter bolsters Canadian Men’s Health Week with a personal post to his 7.8 million Facebook fans and 2.26 million Twitter followers, generating more than 1,300 “likes,” dozens of positive comments, 50-plus shares and scores of retweets…and counting! 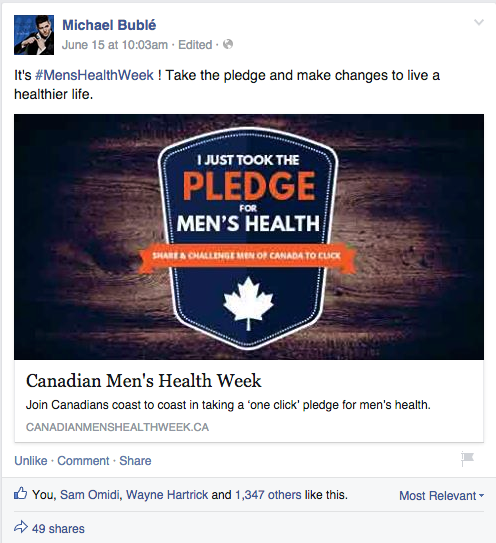 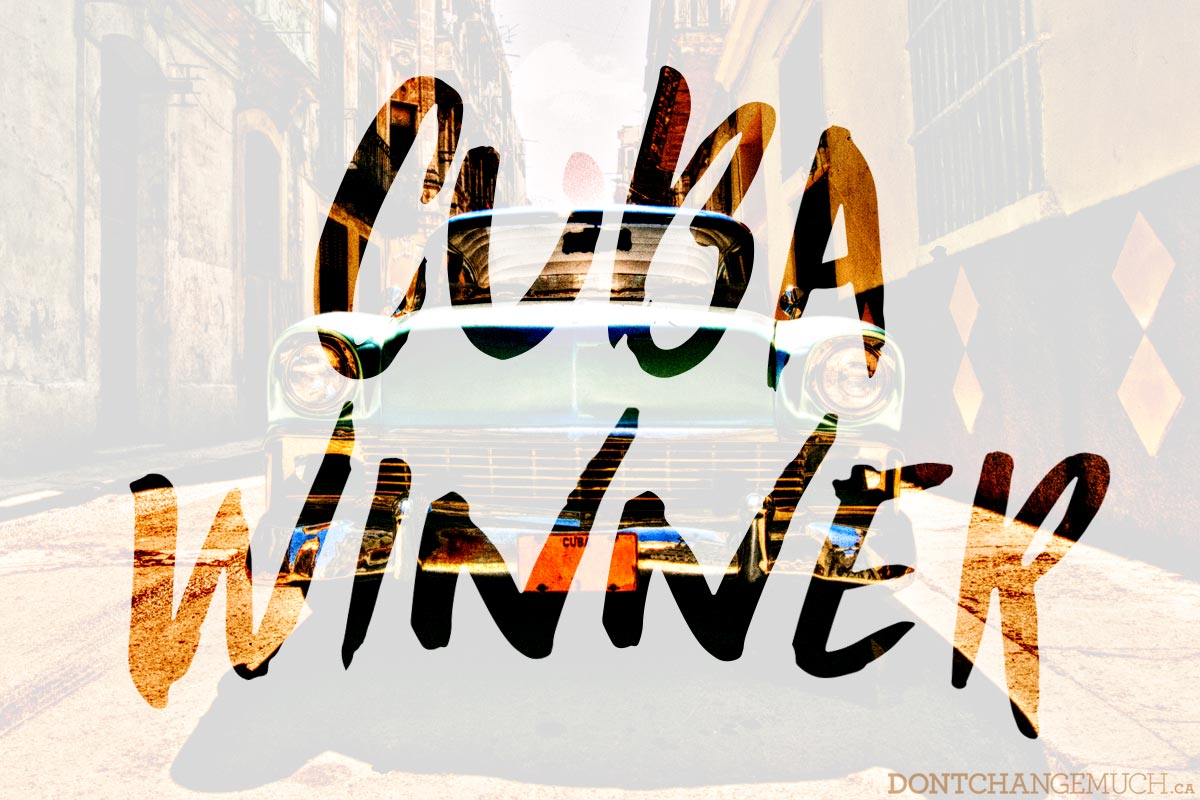 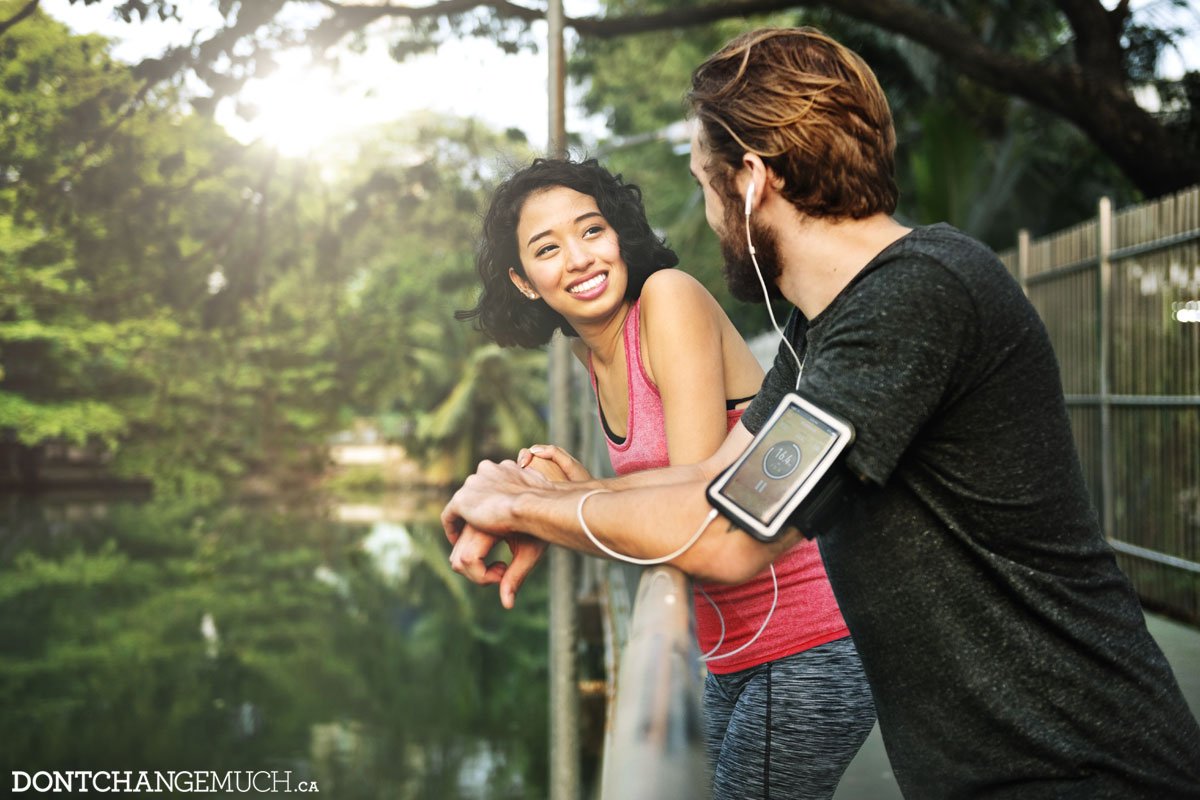 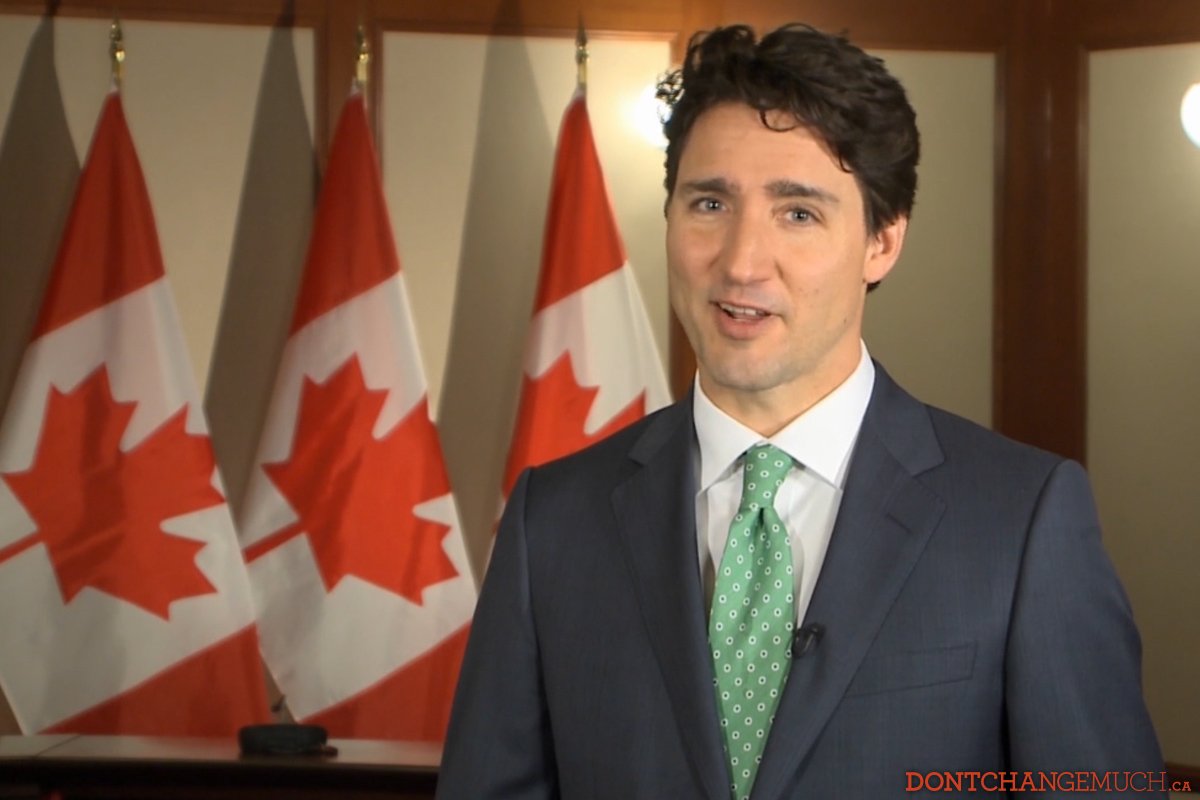 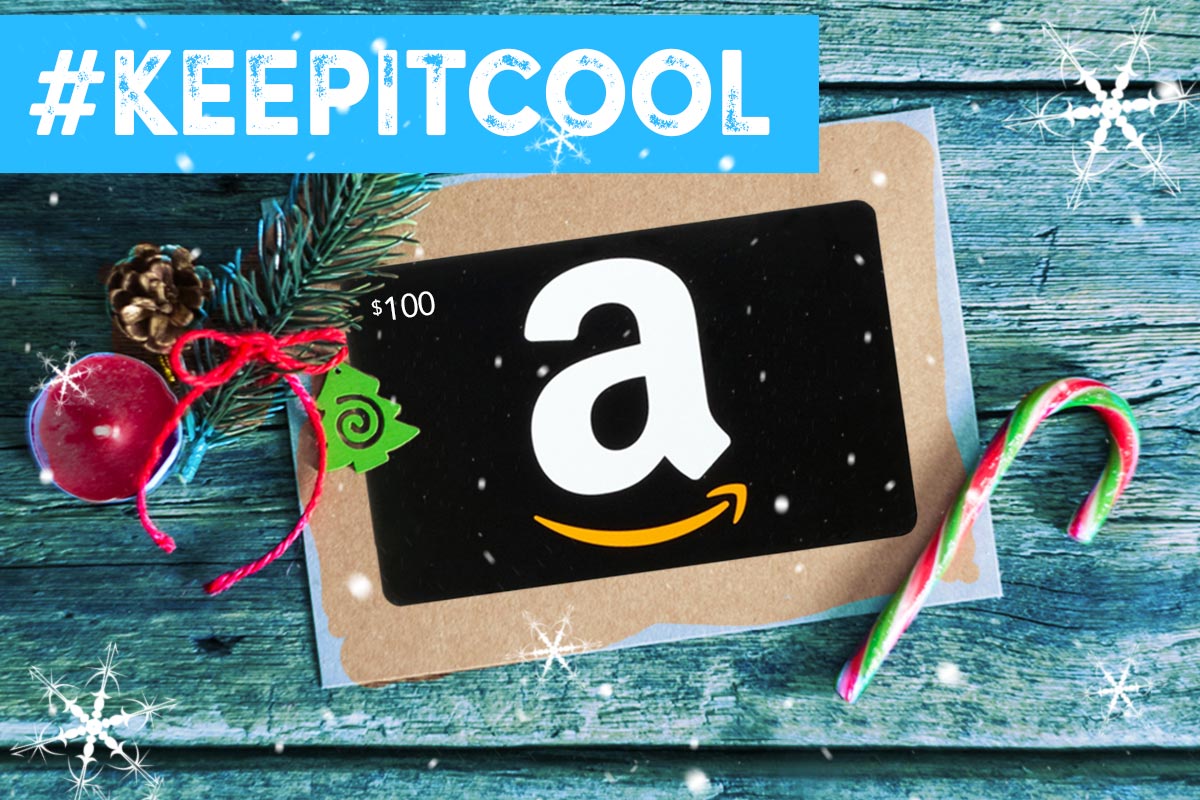 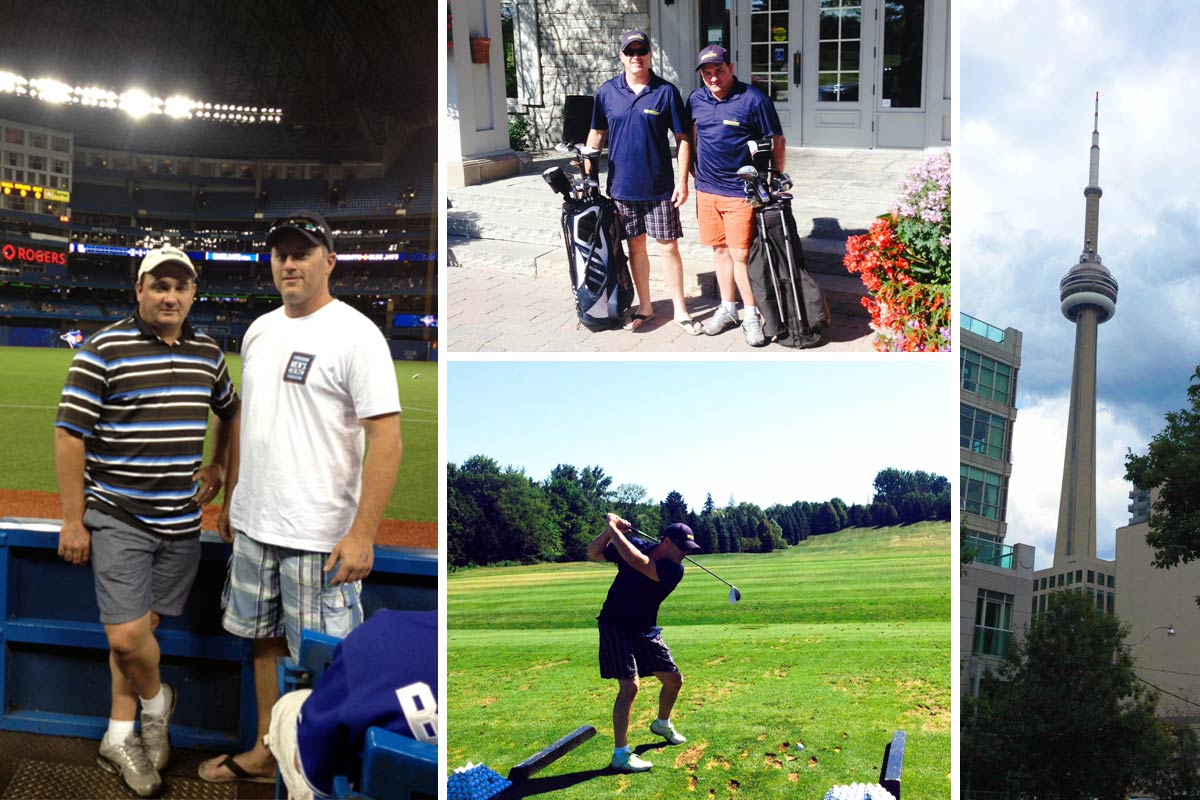 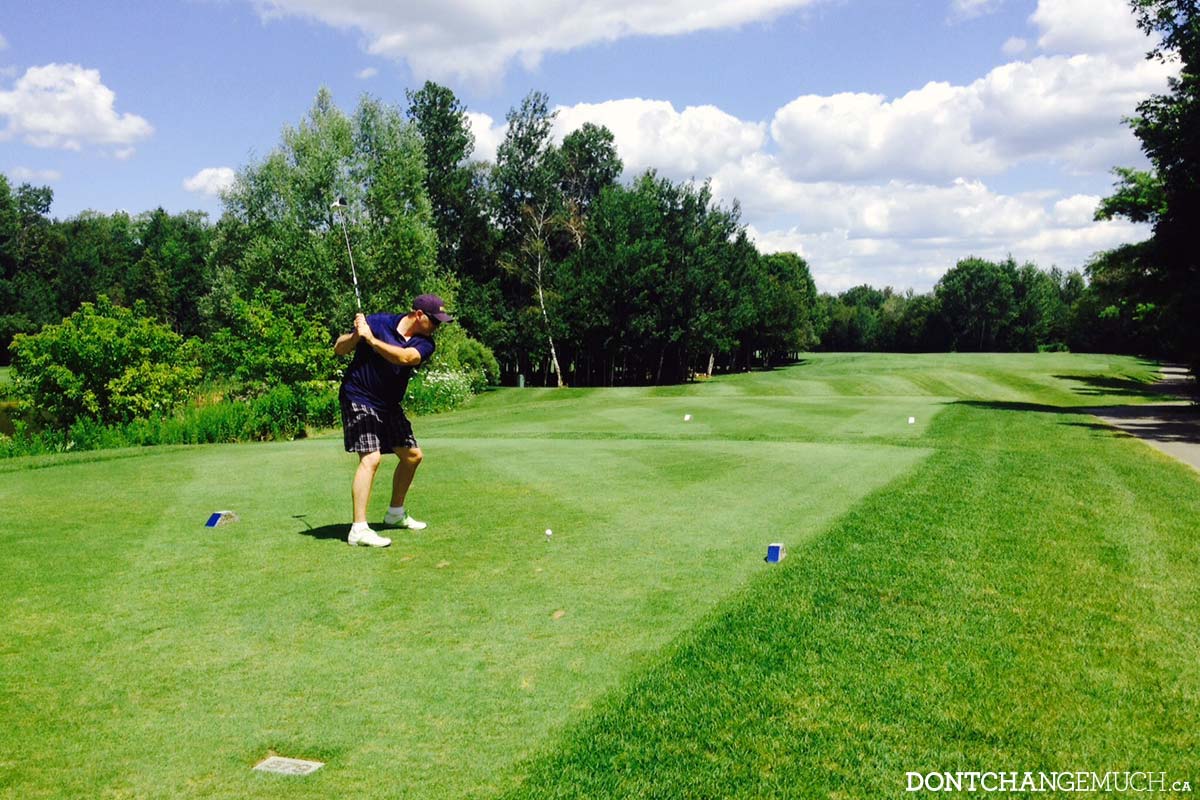 Congratulations to our grand prize winner…