Make every colour your favourite by using them to rise, dine, and sleep better 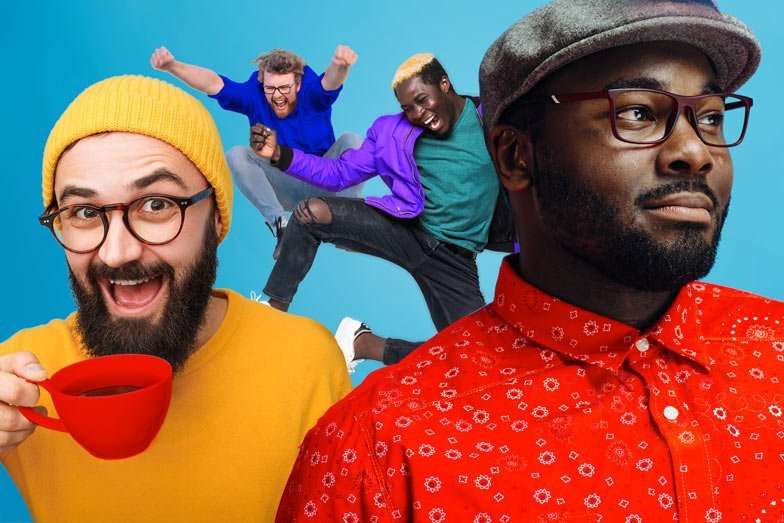 There are some pretty hilarious paint names out there. Would you really want to cover your walls with “Dead Salmon”? And how is “Tornado Season” even a colour?

“Dead Salmon” is a kind of deep pink that’s said to create a “serene environment.” Not because fish carcasses mellow us out, but because research has shown pink to be a calming colour. In fact, some prisons and jails use pink cells to soothe violent prisoners.

Cool, right? It turns out that pretty much every colour affects our emotions and actions in some way. Blue is associated with feelings of relaxation. Red, on the other hand, makes us feel strong and active, with red uniforms having been shown to improve the performance of elite athletes. It’s amazing what colour psychology can do!

Even cooler, you don’t have to be an NHL superstar or prison warden to use the power of colours to your advantage. When it comes to making small healthy changes, every bit of help counts, even colour! By bringing certain colours into different part of your day, you can boost your energy levels, control your appetite, and sleep better. Here’s how:

Wake up with red

As an energizing colour, red can put some spring in your step when you need it most: In the morning! If filling the coffee-maker is your first move, use a red coffee mug, and when you need a new machine choose a red model. After showering, use a red towel to dry off — and snap your significant other on the butt.

Other places red can rear its fiery head in the a.m.: Red slippers, red toothbrush, red oatmeal bowl, even a red phone case. And of course, you can always commute to work in that red Ferrari you’re always dreaming about…

Mix and match your plates

Research shows that diners serve themselves about 30 percent more food when it matches the colour of their plates. So if you’re trying to eat more healthy green vegetables, as recommended by Canada’s new Food Guide, a green dish is the way to go. Likewise, if you’re cutting down on waistline-expanding sugar, fat and carbs, avoid brown or black dishes when chocolate cake is on the menu. It’s that easy!

Speaking of dinnerware, using smaller plates has also been shown to reduce portion sizes. It’s sneaky, but it works.

Colours can fire you up, and they can also help you sleep. One survey found that people who slept in blue rooms snoozed for almost eight hours, while those in purple rooms clocked less than six.

No interest in painting your bedroom anytime soon? No problem! You can always treat yourself to some new blue sheets, curtains or window blinds, or give your significant other some silky blue pajamas when your next anniversary rolls around. Now THAT’s a win-win!