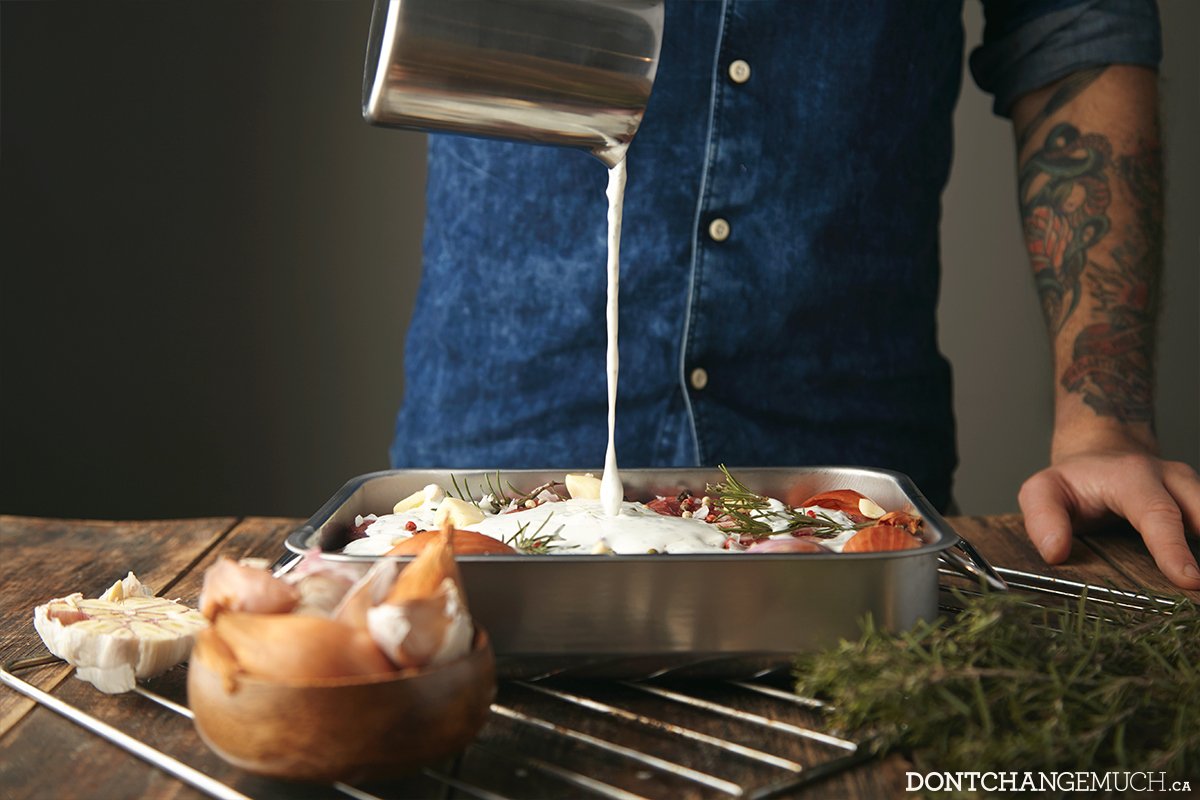 Remember those “finger cooking” ads? The ones that encouraged guys to “give cooking the finger”? Turns out you really can eat well while spending less time and effort in the kitchen — but it has nothing to do with calling for take-out. Rather, it has everything to do with simple planning. How simple? Let’s find out:

Say you’re making a batch of our world-famous Fartless Chili. Instead of using one pound of ground turkey, use four pounds. Those two cans of tomato soup? Bump it up to eight. You get the idea: Quadruple every ingredient, and instead of a couple meals, you’ll have eight servings of flavourful, healthy, non-gas-inducing chili that can be frozen into meal-sized airtight containers or resealable freezer bags, and then reheated in a saucepan or microwave whenever hunger strikes.

The same goes for all kinds of ready-to-go meals such as pasta sauces and stews: Multiply the ingredients for extra freezable servings, so you’re spending less time in the kitchen and more you-time down the road.

Flipping a nice lean burger paddy, chicken breast, or salmon steak on the barbecue isn’t much of a chore. (Admit it, you’re thinking about firing up the grill right now!) What can be tiresome is chopping cherry tomatoes or grating parmesan for those pesky, albeit delicious, Caesar or Mediterranean side salads.

Put George from Seinfeld to shame by making it a big — no, a really big — salad. You can’t freeze the extras, but have some with your burger, cover the leftovers and store them in the fridge to have for the next day or two with the aforementioned chicken breast or salmon steak. There you have it: Mix and match…sneaky, right? Hint: Remember not to add the dressing until it’s time to eat.

The pros of big-batch cooking extend beyond saving time and effort. “Club packs” or family-sized packs of meat cost less than smaller portions, and you’ll find you waste less food by measuring portion sizes based on the first serving. Last but certainly not least, storing tasty and good-for-you meals will improve your overall health and help you give the finger — you know, the middle one — to fast food.

If this sounds easy, and it really is, there’s no better time than today to start big-batching — especially since March is Dietitians of Canada’s Nutrition Month.

Do you have a big-batch recipe that really hits the spot? Please share it in the comments below.