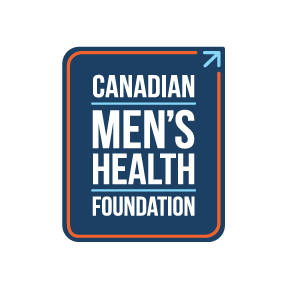 Using a tongue-in-cheek broccoli theme the health pledge encourages men to use ‘one finger to click the pledge’ and help start a social movement for men’s health.

The theme is one of the many aspects of the CMHF’s approach to inspiring men to focus on lifestyle changes that will help them feel better and live healthier lives.

These pledges may not sound all that taxing, but that’s the point. By sharing the clips – and encouraging other men to do the same via the #MensHealthWeek hashtag – the Champions are showing how simple and painless it is to make healthy choices. Men can even call on their own friends and family, Ice Bucket Challenge style, to embrace taking the stairs, 30 minute walks and eating more salads.

“We want guys to think about their lifestyle,” says hockey legend Trevor Linden. “By making some small changes now, they can have better health for themselves and for the people who count on them.”

“A lot of guys are so busy taking care of their kids, their careers, and their partners that they forget to take care of their own health,” says two-time Olympic medalist Simon Whitfield. “We want guys to make some small changes to improve their health, for the people around them and for themselves.”

You can see the videos, take the health pledge, or have some fun and submit your own pledge at CanadianMensHealthWeek.ca