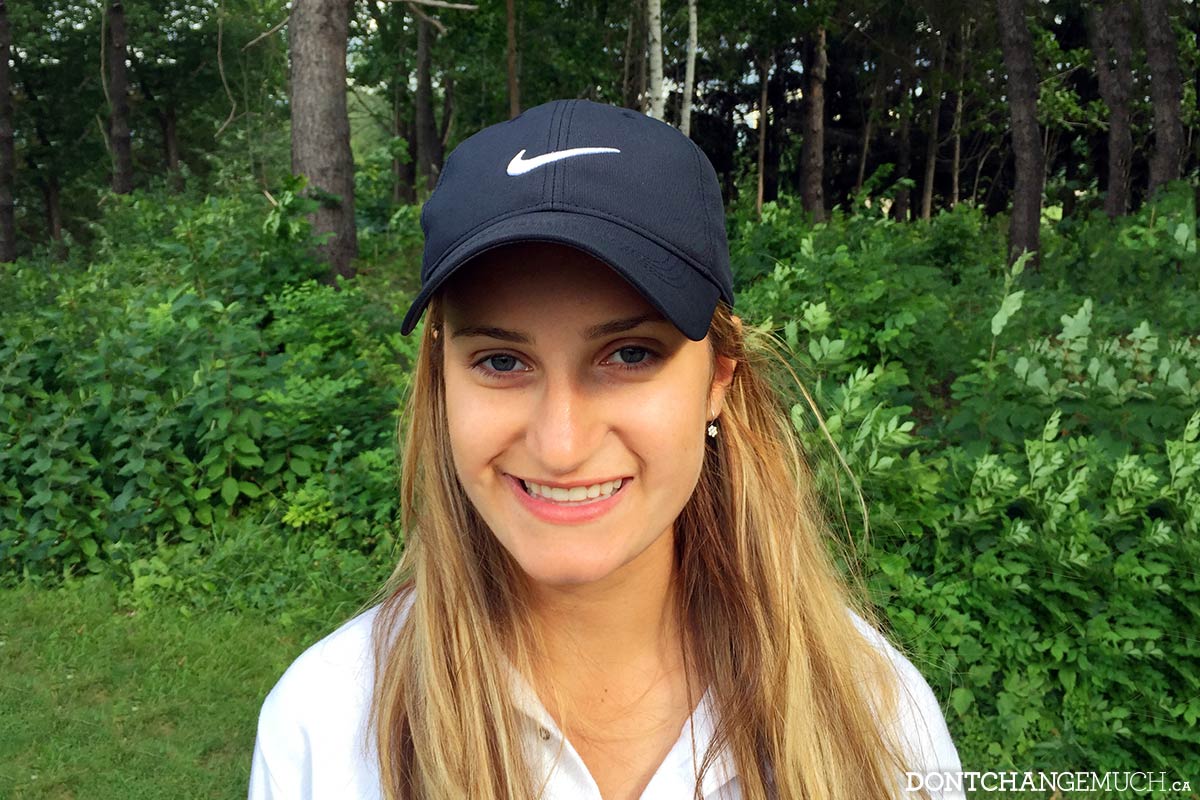 My Dad Forever My Hero

He suffered a major concussion, which caused headaches and sapped his usually abundant energy. But despite the long road to recovery, his compassion, sense of humour, and love for his family and friends never wavered.

Dad just won’t quit, and if I’ve learned anything from him it’s that I have to keep going when the going gets tough. Winston Churchill was right!

I know Dad would be thrilled if all his coaching, caddying and tireless support helped me make it to the LPGA. My golf game has improved significantly over the last year — I shoot mid-70s to low 80s — and if I could only putt I could get on tour. But it’s a long process to get there.

That’s why I look to Dad for inspiration. He supports me in everything I do. He’s always there to give advice and lend a helping hand. He goes the extra mile for me, and comes out to all my golf events, even if it’s pouring rain. He has shown me what unconditional love means.

If he wasn’t in my life there would be something missing, and that’s why I’m participating in Give Golf 2015 to help support Men’s Health. A decade from now, I still want to be playing golf with my Dad. I want him to walk me down the aisle, and to caddy for me on tour. He always jokes that he’ll be on my bag until I win, then he’ll quit.

I’m sure like me, you’ve had a father, uncle, cousin or buddy have problems with their health and the point is that we can all come together to make a difference by inspiring guys to live healthier lifestyles and just making health a bigger priority overall.

Healthier men can make a huge impact on society. You don’t have to go crazy with the kale and marathons; maybe just play some golf! My goal is to play 360 holes and raise $360,000 for Canadian Men’s Health Foundation to develop tools that inspire men to live healthier lives.