How to drop soda like the bad habit it is 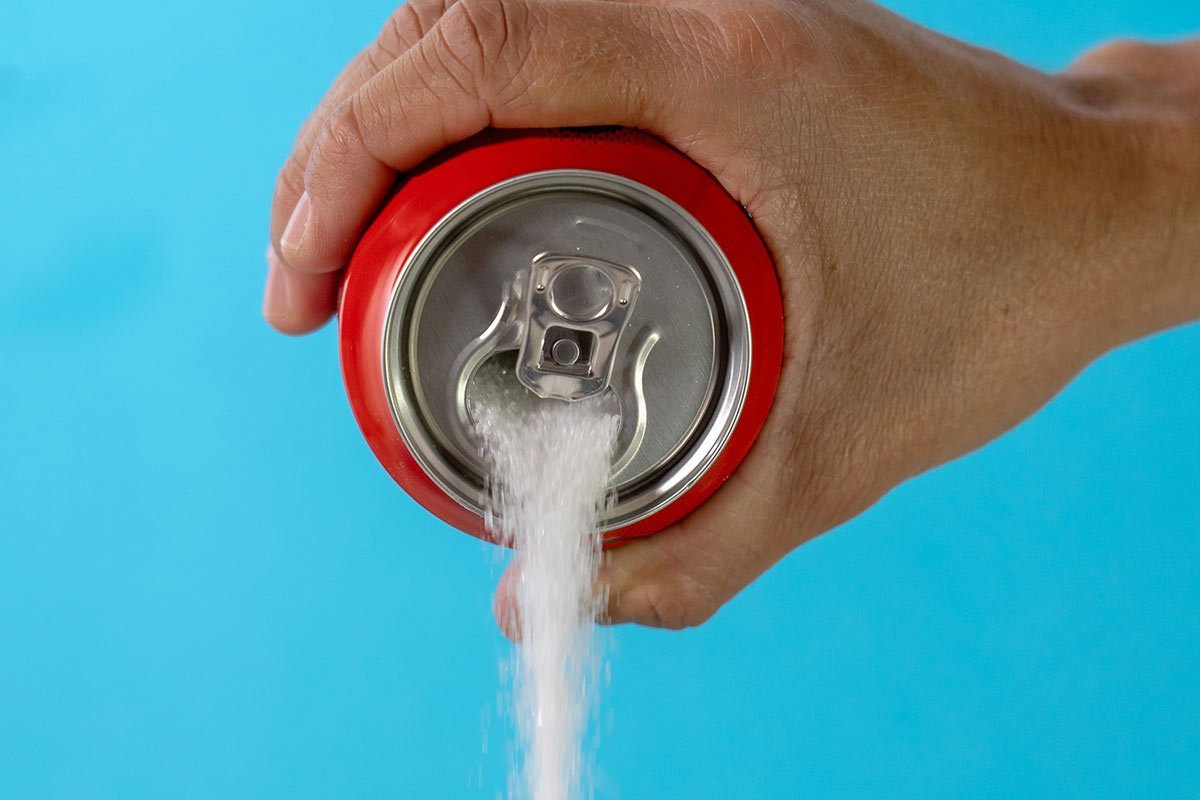 If you don’t take sugar in your coffee, you know how sweet it tastes when you accidentally sip a double-double. If you do take sugar, you can probably tell when too much is added. Can I have some coffee with my sugar please? Yuck!

Now, imagine what that coffee would taste like if you scooped not one, not two, but TEN teaspoons of sugar into it. It would be undrinkable, right? Thing is, that’s the same amount of sugar you consume when you knock back just a single can of pop.

Those 30-something grams of the sweet stuff account for nearly all your recommended daily intake of sugar, and going over this amount on a regular basis can make you gain weight, send your blood pressure soaring, and increase your chances of contracting type 2 diabetes, among other health risks. That’s what pop does to your body, and that’s why pop is bad for you.

When you spoil yourself with a juicy hamburger or pint of beer, both have at last some nutritional value. With pop, you get nothing but nasty, empty calories that damage your health.

So, to recap, there are many good reasons to stop drinking pop and no good ‘reasons to keep drinking it — other than the sweet taste, that is. And that can be a problem.

Why is it hard to stop drinking pop?

Sugary drinks can be addictive because you are hard-wired to crave them. Our primate ancestors thrived on sugar-rich fruit, studies show, and evolved to favour riper, sweeter fruit because it has a higher sugar content than unripe fruit. Millions of years later, humanity’s sweet tooth has led to foods and beverages that, like pop, allow us to to consume heaps of sugar whenever we want it.

It doesn’t help that fun, flashy commercials for soda are everywhere, or that pop is the default beverage of fast-food meals. It’s a hard habit to break, no doubt, but with the hacks listed here you can drop pop like the bad habit it is.

Switching to diet pop is always an option—it’s certainly healthier that the full-sugar stuff—but studies show that artificial sweeteners can also lead to weight gain, fat buildup and type 2 diabetes. So instead of trying to side-step the sweetness, focus on the other things you like about pop.

If it’s the fizz you crave, soda water does the trick. Buy it at the supermarket, or make it yourself with one of those inexpensive home-carbonation machines. They’re quick, convenient and easy to use. Need a flavour kick? Add a squirt of lemon, lime or orange juice, or get creative with some fresh mint, cinnamon, sliced cucumber or strawberries. That’s how to make pop without sugar. Another option: Stir in a few drops of maple syrup. Natural sweetness and Canadian patriotism, together at last!

Swap in your replacement beverage of choice whenever you’d normally drink sugary pop. Do you drink pop with lunch at work? Soda water with lemon goes great with a sandwich. Do you tend to combat afternoon drowsiness with cola? Some fizz with fresh mint will perk you up just as well if not better!

If you’re stuck with pop as your only option—at the movies, for instance—don’t be discouraged. Treating yourself to a pop now and then isn’t a big deal. The key is to break the regular habit of drinking it.

See through the marketing

Every time you see a pop commercial showing beautiful people playing in the sun, picture a coffee cup. Then picture 10 heaping spoons of sugar being dumped into it. That’s the side of soda the pop producers don’t want you to see. Why? Because it is so blatantly unhealthy! Keep this in mind, and pop marketing will lose its power over you.