Unhealthy vs Healthy Habits: Where Do You Stand? 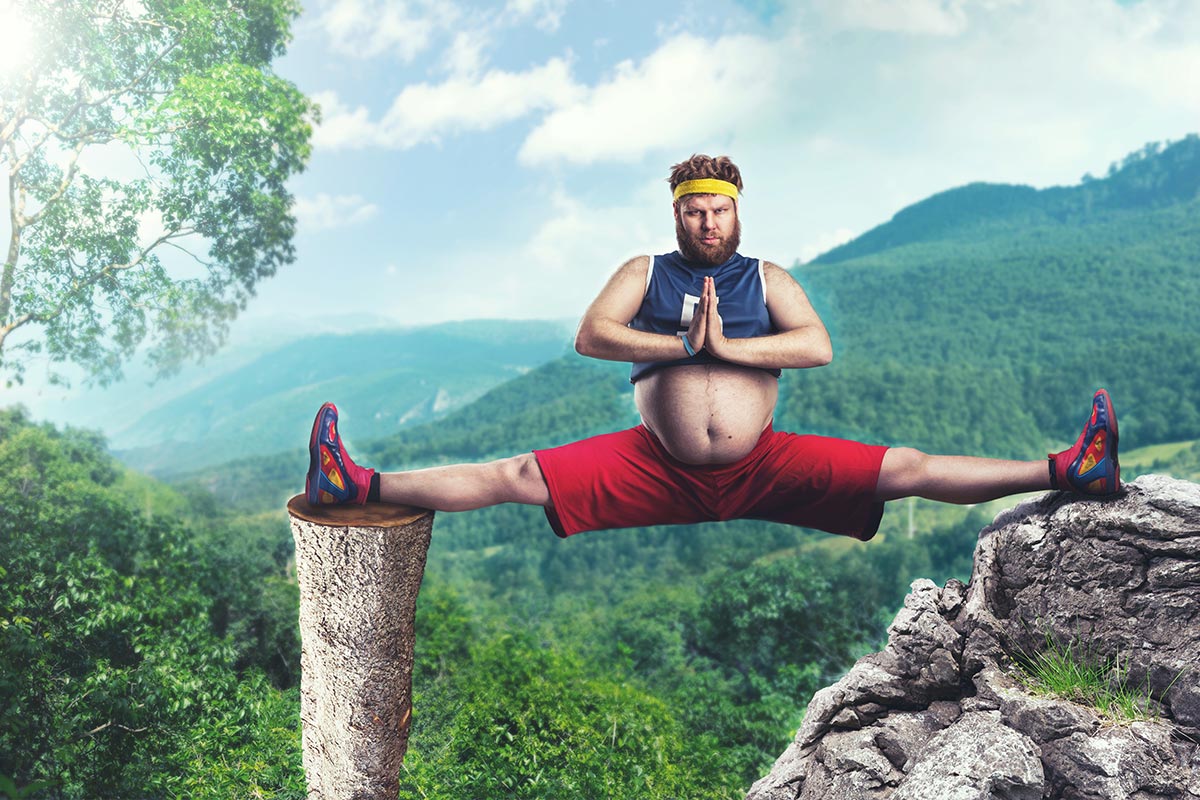 In Major League Baseball, going 0 for 5 on a regular basis gets you sent to the minors. Going 2 for 5, however, makes you a multi-millionaire. But when we replace those five plate appearances with five unhealthy habits, the outcomes reverse, and the stakes suddenly get much, much higher.

According to a 2018 survey by the Canadian Men’s Health Foundation, 72 percent of Canadian guys regularly demonstrate two or more unhealthy habits out of a list of five red flags:

Before you can find out where your habits fit into these health stats, the five unhealthy versus healthy factors need to be defined. For example: What kind of diet is unhealthy? How much alcohol is too much? Here’s how the five unhealthy behaviours break down according to the survey (alongside their healthy habit counterparts):

Consuming foods that are high in salt, refined sugar, or saturated fats more than once a week is unhealthy.

Try eating more veggies and less meat, sugar, and saturated fats. Aim to eat healthier by chowing down five fruit and vegetable servings in a day.

Anything more than 3 drinks per day 5 days a week, or more than 6 drinks in one sitting, is considered unhealthy.

Have at least two alcohol-free days per week. And never have more than 3 drinks in one sitting. Go slow, and don’t forget to chug a glass of water between drinks.

Anything less than 150 minutes of moderate-to-strenuous exercise per week is unhealthy.

22 minutes of exercise a day is all you need to meet the recommended guidelines of 150 minutes a week. You don’t need to train for a marathon, just get outside and simply move your body for 22 minutes a day.

Sleeping less than 7 hours or more than 9 hours is unhealthy.

Sleeping 7 to 9 hours a night is the sweet spot for men.

Any amount of smoking is bad for you

If none of these unhealthy behaviours are part of your life and you only follow the healthy habits listed, then the study says you are “very healthy.” Well done! The trouble is, only 6 percent of guys actually fit that description. Those that have one unhealthy habit are deemed “healthy” and account for 22 percent of the total, while the two-habit “borderline” crowd makes up 31 percent. The largest group, 42 percent of respondents, exhibits three or more unhealthy behaviours and are considered “unhealthy.”

The findings of the health survey were very similar to a study from Harvard University. By using lifestyle questionnaires and medical records from 123,000 American volunteers, researchers identified five behaviours that together contribute to longer life expectancy: following a healthy diet, controlling body weight, doing regular exercise, drinking alcohol in moderation, and not smoking.

Sound familiar? The long-term study then compared the life expectancy of volunteers who did none of the healthy things with men who did all five. The healthy guys came up big, with their life expectancy at age 50 jumping by 12 years (from 76 to 88). This five-healthy-behaviours crew was also 65 percent less likely to die of cancer and 82 percent less likely to die of heart disease.

The Men’s Maintenance Guide ebook provides a straightforward, common sense health-maintenance checklist based on your age. If you’re 20 to 39, for instance, you should have your blood pressure checked every two years. Guys aged 40-54, meanwhile, should start having their prostate health checked every two years. For more tips on what to check and when to check it, download The Men’s Maintenance Guide for free today!

Do you have small ways you’ve swapped unhealthy habits for healthy ones? Share them with us in the comments below.

This article was originally published on November 26, 2018.

Do you have a clear picture of your health? See how your health compares to other Canadian men.