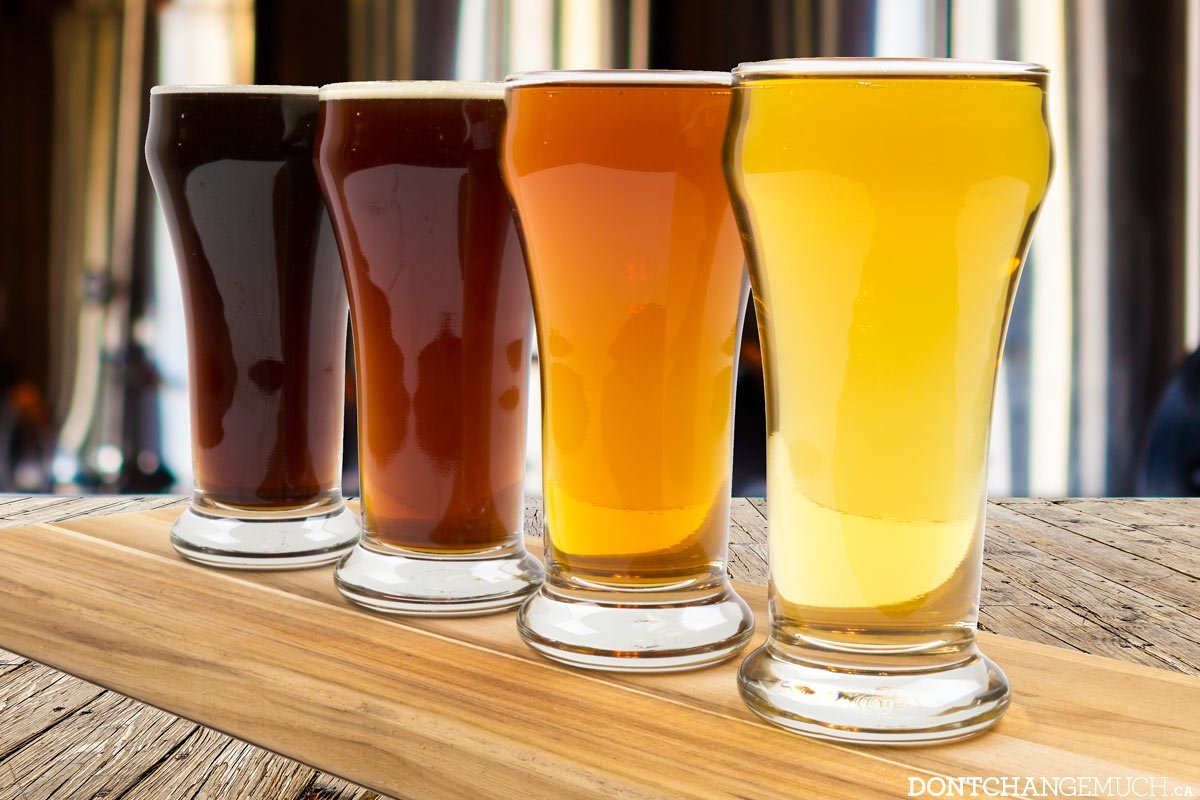 Have you ever set a goal to drink less beer? And then life happened, and a few beers later, that goal became a distant memory? We’ve all been there. We’re not going to tell you not to drink beer, but at least try to pick a healthier beer and, heck, drink a glass of water in between each brewski.

Don’t Change Much encourages guys to live healthier one small step at a time. We gotta say that the idea of ‘healthy’ drinking is still being researched. Generally, no drinking or enjoying less than one drink per day seems to be the best thing for your health.

Have a gander at the list below to find out which brews may be a healthier choice for us Canadian guys.

This dark beer is made with roasted malt or barley and has some healthy vitamins and minerals such as vitamin B and iron, making it stand out in the crowd.

Wodhouse Brewing Co Stout. This stout goes down smoothly, and it smells like chocolate and espresso. It tastes as good as it sounds.

Blackmail Northwest Stout by Strange Fellows Brewing. Another award-winning stout from BC. This one is easy-to-drink and doesn’t feel heavy like some of the other stouts.

Dageraad Loves Steel & Oak Imperial Stout. Here’s an interesting one; Dageraad Brewery collaborated with Steel & Oak Brewery and created an imperial stout with cacao and miso, two things that sound like they shouldn’t work together and yet they do. What do cacao and miso have in common? They’re both high in antioxidants.

Guinness. Unless you’ve been living under a rock, you’ve probably heard of this Irish classic. It also happens to be the easiest to find stout on this list.

Dozens of beers that feature all-organic ingredients and nix the bad stuff (sulphites and chemical preservatives) are available across this great country of ours.

Crannog Ales. All of their beer is organic. They are famous in BC for a stout called the Back Hand of God. With a name like that, they’d better deliver. And they do.

Mill Street Organic Lager. This organic lager has a crisp, light taste and – like most beers – it is extra satisfying when served extra cold.

We’ve all heard the “tastes great, less filling” slogan, but some light beers really are incredibly light on calories and yet can surprisingly quench your thirst while keeping the beer belly at bay.

Sip Easy from Granville Island Brewing. This is an easy to drink lager that nicely delivers a lot of flavour despite being a light beer.

Corona Light. This beer clocks in at 99 calories—compared with around 150 for most regular bottles.

Molson Canadian 67. This one is named after its own very low-calorie count.

With so many beer options these days, it’s easy to get excited about the healthiest beers on the market in Canada. Keep in mind the booze rule of thumb: no more than 3 drinks a day or 15 drinks a week. This means planning at least 2 alcohol-free days per week to avoid developing an unhealthy habit. Pretty fair, right?

What’s your favourite beer? We’d love to hear what your go-to brews are in the comments below.

This article was originally published on September 18, 2015.