Karl Subban scores one against diabetes

Father of three NHL players, Karl Subban became more conscious about what he was putting into his body, this changed and possibly saved his life. 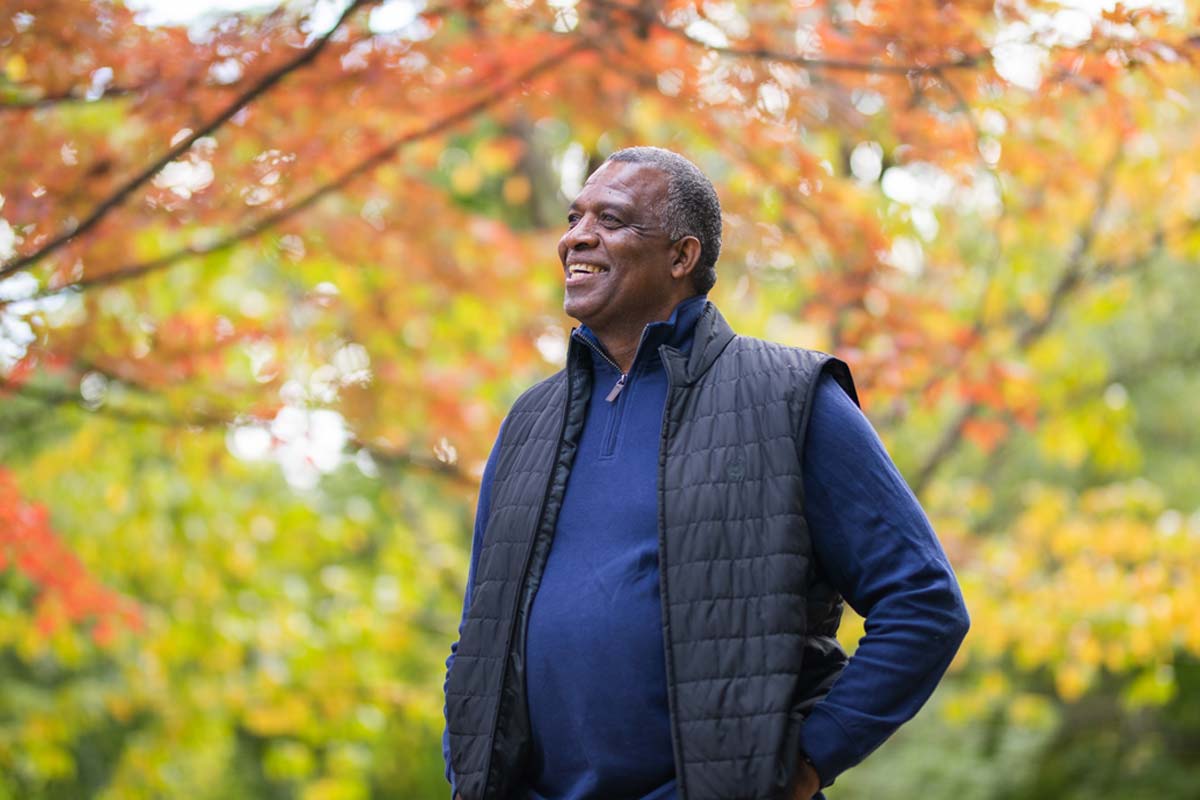 Natasha Subban recalls driving home from a hockey game with her family one winter evening in 2005. Her father, Karl, was behind the wheel, and just as he turned onto Toronto’s Gardiner Expressway the car swerved unexpectedly. Karl asked his wife Maria, who was seated beside him, to find his eyeglasses. When the vehicle swerved again, Natasha assumed that fatigue was causing her dad’s erratic driving, although he seemed his usual, cheerful self.

Around the same time, Karl underwent his annual check-up. Not only was his weight on the upswing — he was carrying 290 pounds on his 6-foot 3-inch frame — but his elevated blood pressure put him at risk of a stroke. Karl’s blood sugar level was also high — another ominous sign.

But the middle-aged school principal had other things on his mind. Christmas was just around the corner, and he and Maria were heading to Montserrat to visit her family. It was a relaxing, indulgent holiday. “I remember partying, eating and drinking,” says Karl, who returned home to gifts of boxed chocolates from the kids. “They were on my desk, and guess what I did? I ate them.”

Shortly after the holidays, Karl’s physician called him to re-check his blood sugar. Just the day before, Karl had visited an optometrist, perplexed at to why his eyes were going “a little bit funny.” Increasingly, his sight was blurry and he was unable to read. The optometrist prescribed new reading glasses.

Karl mentioned the sudden visual decline to his doctor, who responded with a bombshell: Karl had developed type 2 diabetes, which affects vision by causing the lens inside the eye to swell. If left untreated or improperly managed, diabetes can result in blindness, along with other severe complications including heart attack, stroke, kidney failure, erectile dysfunction, and amputation.

It was about a week after the diagnosis, Natasha says, that her dad revealed to the kids that he had type 2 diabetes, a disease in which the pancreas doesn’t produce enough insulin, or the body does not properly use the insulin it makes. As a result, sugar builds up in the blood instead of being used for energy. “We were shocked,” says Natasha.

The diagnosis, Natasha says, shook her family’s belief that their generous, hard-working, stalwart patriarch was invincible. It was her brother, Pernell-Karl, who took immediate action, Natasha says. “PK was like, ‘You know what, we gotta get a lot of the crap out of the house.’ ”

The diagnosis was a blow to Karl’s psyche, but he rallied, refusing to allow depression to set in. Embracing the “family cleanse,” he vowed to change his lifestyle. Today he admits that the diagnosis “saved my life. It can take your life, yes, but it saved mine because I become more conscious about what I was putting in my body.”

Karl says his unhealthy eating began with an all-too common family complaint: No time to cook. With the boys in hockey tournaments and weekend games, days would start before dawn and end late in the evening. When Monday morning rolled around, Karl was exhausted rather than rested. To stay fuelled, “it was so easy to grab a pizza slice or order a large pizza. It was just easier to go to McDonald’s. Fast food, a lack of activity and increased stress — they’re not good for you.”

All three boys, PK, Malcom, and Jordan, attended the school where Karl was principal. Straight after work, they would head to the hockey arena. Karl would pack things like Kraft Dinner and chicken fingers as snacks.

Later, when the boys graduated to the Belleville Bulls junior hockey team, the home rink was two hours away by car. Karl, often joined by Maria, cheered the boys on while downing pizza or a burger and fries. “That was probably the worst thing for us,” Karl says. “That’s when my weight started to balloon.”

Inspiration from the kids

Just as Karl had orchestrated and supported his kids’ busy lives, they encouraged dad as he began to embrace a healthier lifestyle. As the boys moved into the upper echelons of hockey, Karl found inspiration in the diets they adopted to complement their rigorous training programs. Even though PK, Malcolm, and Jordan were billeted out when playing junior hockey, they returned home after the season finished. However, it didn’t take long for them to embrace a regimented, nutritionally dense diet. The boys also undertook a 21-day cleanse, eliminating all carbohydrates, eating just choice meats and vegetables and no fruit.

Their self-control was inspiring. “They motivated me because I saw the discipline that was required to go 21 days without carbs — only eating certain meats and vegetables,” says Karl, who released an autobiography in 2017 titled How We Did It: The Subban Plan for Success in Hockey, School and Life, which explores the family journey to the NHL as well as giving insight on how to nurture children’s potential.

‘Do one thing at a time’

The family made an effort to prepare more home-cooked meals, Karl says, with more vegetable dishes and salads. The changes weren’t made overnight, he adds. “It doesn’t mean you have to make monumental changes. You can do one thing at a time — small things. That’s really important.”

Karl’s biggest challenge was controlling his sweet tooth. Growing up in Jamaica, the land of spicy-hot jerk chicken and fresh mangoes, Karl also developed a love of sugary things, putting sweetened Eagle Brand condensed milk on porridge and in tea. In Canada, he fell in love with macaroons, chocolates, Boston cream pie, and pomegranate, orange and apple juice.

Natasha recalls her dad’s sweet tooth. “My dad had some bad eating habits and, like everybody, there are some things you can’t resist. Sugar was that one thing for my dad.”

The shift in diet wasn’t onerous, Karl says. He cut out chocolate and bread and reduced portion sizes. He also had a minder in Maria, who would chastise him if she saw him consuming something he shouldn’t. “She would always be looking out for me when it comes to what I was putting in my stomach.”

Good health as a family affair

Karl has lost weight. While he’s not down to his Lakehead University 210 pounds, he’s not much heavier than that. “I feel so much better; I feel great.” And he doesn’t deprive himself. He’ll have the occasional slice of Boston cream pie, or even eat some quality chocolates. But he doesn’t eat after 6pm, and he monitors his blood sugar by being aware of how well he can read, or if he’s developing headaches. He only takes three pills a day: one to control his diabetes — he doesn’t have to do insulin injections — and another two to control his blood pressure and cholesterol levels.

For Karl, good health has become as much a family affair as hockey and basketball have been. He regrets he wasn’t more knowledgeable about maintaining healthy eating habits, rueing the sense of invincibility that makes men take risks with their health. He looks admiringly at his daughters Nastassia and Natasha, who, he says, are much better informed about what to eat — and what not to eat. “They are so educated about sugar. They have so much information that they’re using to raise their children,” Karl says. It’s only now, in his later years, that he has learned about “the dangers of sugar.”

Do you know anyone who would benefit from this article?

Share this health story to encourage and inspire other men or email us at [email protected] to discover how you can help others by sharing your own journey to wellness.