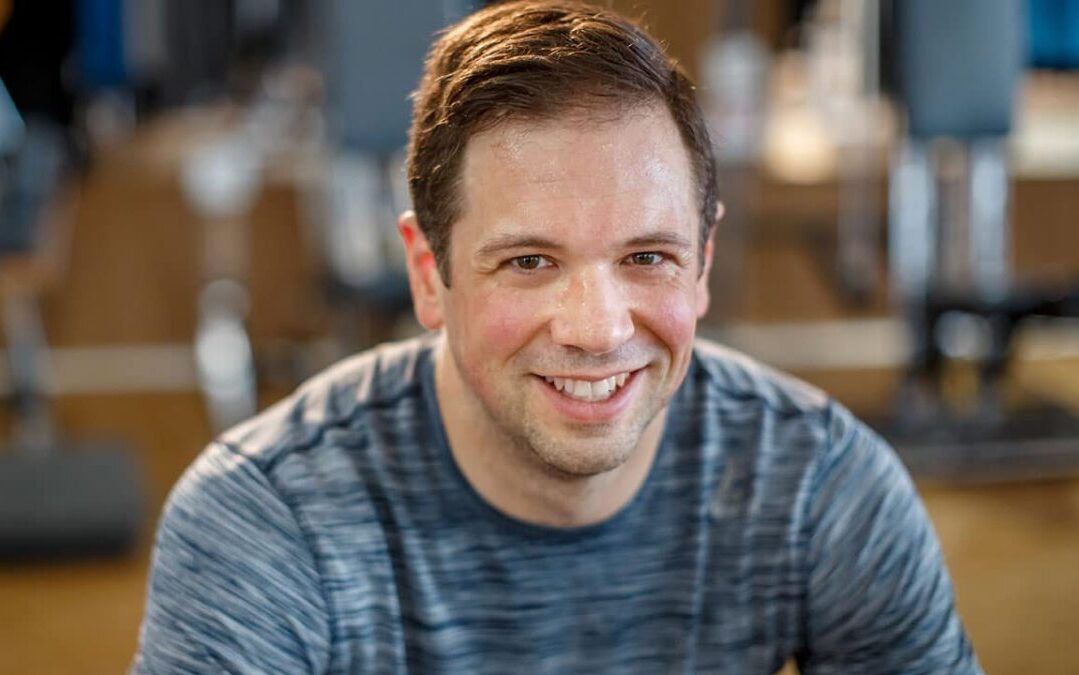 Mathieu Bédard would often sprint to catch trains to New York University. The PhD candidate’s heart thumped in his chest, just as it would when he scaled short flights of stairs. Sometimes, he would even feel the alarming “thud-thud” when he was sitting down. “I thought, ‘this isn’t normal,’” Bédard recalls. “You’re not supposed to feel your own heart beating.”

At age 30, the five-foot-10-inch Montrealer tipped the scales at 250 pounds. He had other reasons to be concerned: Bédard’s father had suffered a heart attack at a young age, and his grandfather had one at 40. So he decided to see an NYC cardiologist, who diagnosed him with both high blood pressure and high cholesterol.

Prescription drugs would alleviate these two serious health conditions, Bédard was told, with weight loss being a longer-term solution. After returning home to Montreal, his doctor suggested a more drastic measure: Bariatric surgery. This weight-control procedure reduces the size of the stomach with a gastric band or surgically removes part of the organ. “I Googled what bariatric surgery was, and it really scared me,” says Bédard, who decided against it in the end.

“You constantly have to taste everything”

Bédard was barely out of his twenties — how had his weight reached such a dangerous level? As a chubby child he preferred playing video games to physical activities, and later developed a “love of food.” French cuisine became his passion: He earned a diploma in the culinary arts, refined his skills in high-end Montreal restaurants, and then moved to Marseille in the south of France to work under Michelin-starred chefs. It was there that he began to gain between five and 10 pounds a year. “You constantly have to taste everything,” Bédard explains, adding that French cuisine relies heavily on butter and cream to flavour and enrich dishes.

After two years, however, Bédard’s romance with French cuisine was wearing thin. “I was working from eight in the morning until eleven at night, six days a week. You really have to have an insane level of passion for it, and I don’t think I quite had that.”

With cooking losing its lustre, Bédard decided to go back to school. While working part-time in restaurants, he earned undergraduate and master’s degrees in economics at Université Paul Cézanne in Marseille. He also met and married his wife, Anaïs, who proceeded to quit smoking with the couple planning to start a family. (Their two sons, Éliott and Arthur, are now aged nine and five respectively.) Anaïs became increasingly concerned about Bédard’s weight, telling him, “I was able to stop smoking, why can’t you lose weight?”

A PhD scholarship at Aix-Marseille Université put an end to Bédard’s restaurant work, but it didn’t put an end to his overeating. Rather, food became a source of support and companionship during the long days and nights he spent writing his thesis. “It was so demanding, I just started getting much bigger much more quickly.”

Over the course his five-year PhD candidacy in France and New York, Bédard gained about 50 pounds. “I was doing absolutely no exercise and absolutely no sports. It was a very sedentary lifestyle — sitting in front of my computer writing my thesis every day.” His weaknesses? Portion sizes and simple carbohydrates. Bédard avoided sweets and fast foods, but recalls enjoying bread, potatoes and “huge plates of rice. Two plates at dinner, sometimes three.” While some stress-eating may have been involved, the large portions were due primarily to ignorance, Bédard says. “Looking back, I realize I was eating quantities that made absolutely no sense.”

By the time he completed his PhD, Bédard weighed 290 pounds. The family moved to Montreal, where Bédard became an economist at the Montreal Economic Institute, analyzing current events for media and writing policy papers. His workplace offered free gym memberships and, on Dec. 23, 2016, Bédard signed up. At nearly 300 pounds, it was time to take control of his life, he says — not only for his sake, but for that of his family.

His “aha moment” came when he started using a macronutrient website as a dietary guide. “Macro” diets refer to the three main macronutrients — protein, carbohydrates and fat — that make up most of our daily food intake. Now Bédard weighs everything he eats, calculating the protein, carb and fat breakdown in every food item. For example, he allows himself one gram of protein per pound of body weight daily, which works out to 180 grams of protein a day.

That’s right: Bédard is down to 180 pounds. This 110-pound weight loss is all the more remarkable given the eight months it took to achieve.

Bédard credits the daily calculation and weighing of each food item

While he lifts weights and does some cardio exercises on a stationary bike or treadmill, Bédard credits the daily calculation and weighing of each food item on his digital kitchen scale for most of his weight loss. Bédard estimates that he consumed 6,000 calories a day while writing his dissertation. Now it’s 3,100 calories, with his daily caloric intake made up of about 50 percent carbs, less than 35 percent fat, and a maximum of 35 percent protein — although he considers these figures guidelines only. He shops for groceries just once a week, with chicken and frozen vegetables making up the majority of his diet. He preps the next day’s meals in the evening to avoid rushing in the morning.

“Losing weight is really about quantity rather than the type of food you’re eating.”

Bédard’s life has changed dramatically. He is now a role model at work, with some colleagues embracing the macronutrient diet. “There’s so much bad advice out there,” he says. “Losing weight is really about quantity rather than the type of food you’re eating.”

Bédard’s own advice to other Canadian men? “You can eat almost all the same foods you’re having now, just in smaller quantities. By controlling portions you can really make a big difference. It’s far simpler than most people might think.”

Digital kitchen scales start at less than $20, and as Bédard says, they provide great insight into how much food needs to be consumed to function normally while achieving weight-loss goals. Here’s another simple way to reduce portion size: Use smaller plates! Check out this Don’t Change Much blog post to see how the thrift store can help.

Do you know anyone who would benefit from this article?

Share this health story to encourage and inspire other men or email us at [email protected] to discover how you can help others by sharing your own journey to wellness.