How Ryan Chung got his groove back in four easy steps 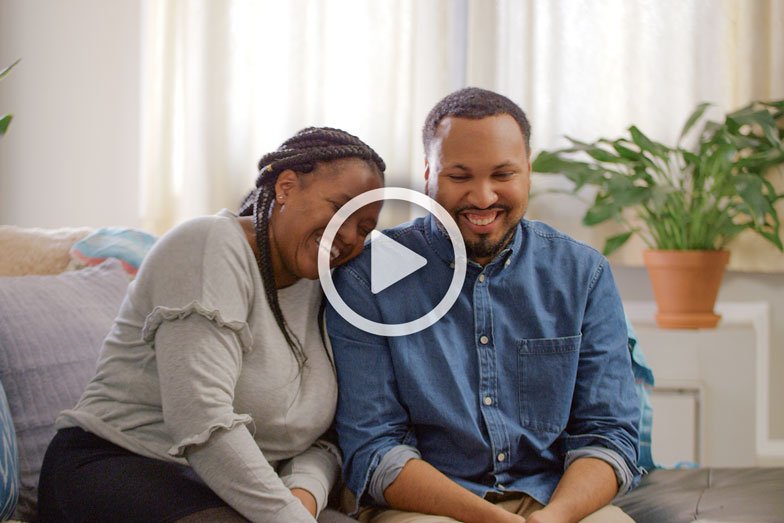 As a Toronto radio personality, Ryan Chung has always seemed happy and confident on the air. But as he says in the video above, “People don’t really know what’s going on deep down inside.”

Ryan had been feeling drained, unhappy and angry for years. “I knew something wasn’t right, but I didn’t know how to fix it.”

As you’ll find out in Ryan’s full story, he became rejuvenated by opening up to someone he could trust, and who could help him live happier and healthier by making these four easy changes:

Change No. 1: Make time to talk it out

Wondering how to share those annoying things rattling around inside your head? Ryan has a great tip: Set a schedule! “Michelle and I were married on November 9th last year, so now we take the ninth day of every month to hash out our issues. If you bottle everything up you can explode! We vent, we laugh, we cry, we smile, we get angry, and at the end of the day it’s such a great way to unload any baggage.”

Whether you talk with a family member or a buddy, reaching out to others relieves stress and pressure, and can prevent aggressive and self-destructive behaviour. In fact, research shows that guys with strong social ties are nearly 20 per cent less likely to die within 10 years than men who lack close connections.

Change No. 2: Drink lots of water

Because mental and physical health are so closely linked, one of Michelle’s first moves was to encourage Ryan to drink more water. “We each drink eight glasses of water every day,” Ryan says. “I can’t stress it enough, and it’s just so easy to do.”

It’s true: Drinking plenty of H2O, is a simple, no-cost way to achieve so many awesome health benefits. Your brain and body need water to work properly, after all, and drinking lots of it will help make you sharper and more energetic. It fills up your stomach, which can help you lose weight by making you feel less hungry, and can also help cut down your intake of sugary soft drinks and gut-forming beer.

“My portion sizes at meals aren’t too big anymore,” Ryan says, pointing out that smaller helpings have helped him lose weight quickly and easily.

Need a hand figuring out if a serving is too big? You’ve already got two of them! That’s right: This (ahem) handy guide shows you how to measure food portions with your hand. One serving of pasta, for instance, is the size of your fist. Put your thumbs together, and that’s the size of a peanut butter serving.

“Michelle and I take time in the morning for some walking, and I also take walks in the park by my workplace,” Ryan says.

There’s a pattern developing here: Walking is another no-cost way to get healthy. Walking briskly for 30 minutes burns around 250 calories — not too shabby — with guys who walk five city blocks in a day lowering their risk of heart attack by 25 percent. Best of all, you can do this by adding a walk to things you’re already doing: Taking the kids to school, hoofing it to work from a more distant parking lot, using the stairs instead of the elevator, you get the idea.

Let’s hear it for Ryan!

Ryan showed off his new awesomeness on his wedding day last year. During dinner at the reception, he didn’t go for second helpings. He went straight for the fruit at the dessert table, and he drank far more water than he did alcohol.

And the wedding night? While most of it can’t be recounted here, there was one G-rated memory Ryan treasures: “It was the best sleep I’ve ever had in my life!”

Are you thinking about making healthy changes? If so, we’ve got your back!

Download the free “Blueprint for Better: The 5 Stages for Building a Healthier Life” right now.