Can pizza get any better? It can — on the BBQ! 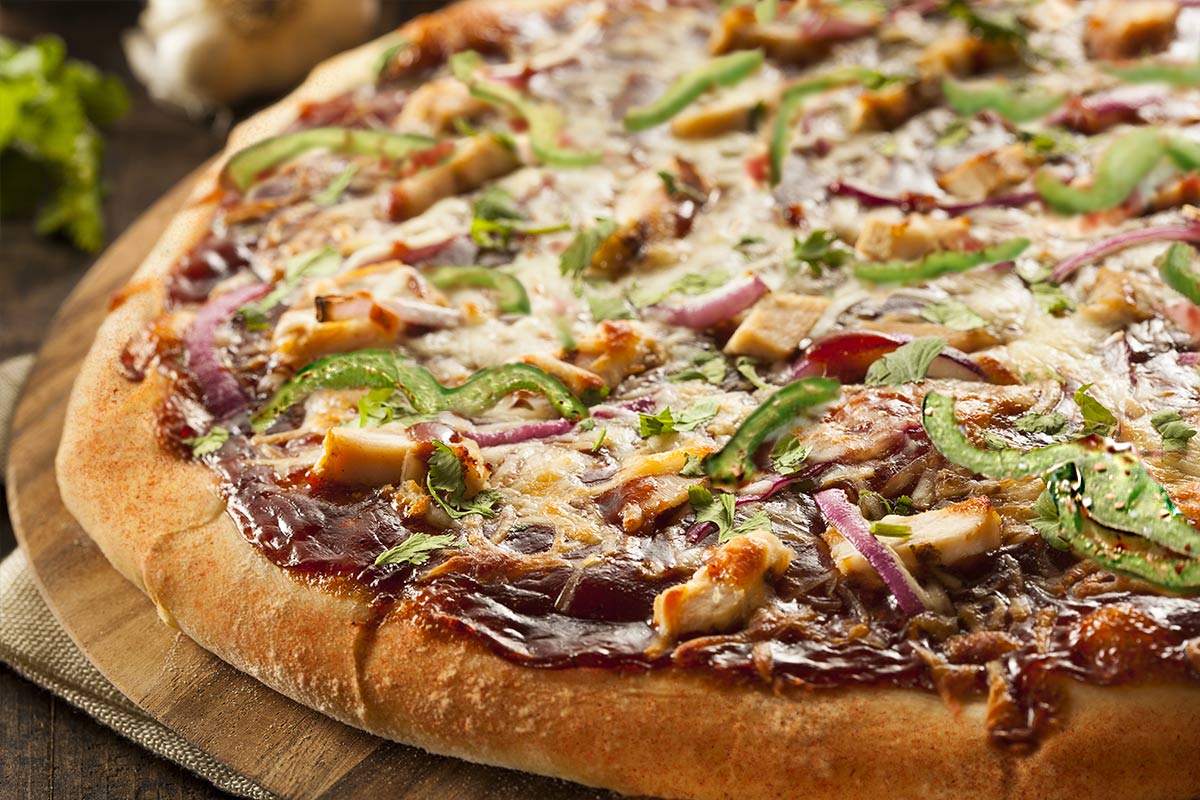 Have you tried cooking pizza on the barbecue? It really is a perfect match.

Since you’re cooking your pie using this fun and fiery new method, why not switch up the ingredients to make the whole thing more healthy? Even better, with this easy-to-prepare recipe, you get to barbecue some of the ingredients that go on the pizza. We’re talking next-level stuff here people!

Step 1: Preheat your gas grill. Using tongs and an olive oil-soaked cloth, wipe the grill to prevent food from sticking.

Step 2: Grill the chicken breast while brushing it with barbecue sauce.

Step 3: While the chicken is cooking, chop up as many slices of red onion and bell pepper as you like.

Step 4: Remove the cooked chicken from the grill and dice it up. Sample a few pieces because, you know, you need to make sure it’s good!

Step 5: Evenly spread barbecue sauce over the pizza crust and cover it with onion, peppers and chicken. Sprinkle the mozzarella on top of everything. Shake some black pepper and dried oregano on there.

Step 6: Turn off half of your barbecue’s burners — turn off two on a three-burner grill — wipe the grill with oil (again) where the burners are extinguished, and lay the pie down on that spot. Close the ‘cue, and check on your creation every couple of minutes. When the crust starts to turn brown and the cheese is bubbling, remove the pizza and let it cool before digging in.

Take a bite, and you’ll see that great taste and healthy ingredients are as good a match as pizza and the grill. Pretty much any pizza topping, from olives and mushrooms to pineapple rings and tomato slices, work well on the barbecue. So say it with us: “Gentlemen, start your barbies!”

Join us in June 2021 for Canadian Men’s Health Month: Move for Your Mental Health.

“It was always junk food, junk food, junk food. I craved for it.”Darren Parks Darren and Anita Parks’ grocery trips to Corner Brook, Newfoundland, have changed a lot over the past few years. Their shopping bags used to carry chips, chocolate bars, and an assortment of...

The Power of Food on Your Mood

You know how sometimes, after a rough day, you just want a bucket of wings and a side of fries? Or maybe warm butter chicken and rice? Your mood may be contributing to the kinds of food you crave. Did you know it works the other way around, too? There’s a food and...

Is Your Foul-Smelling Poop Telling You to Eat Healthier?

Pop quiz! What do these four things have in common? The largest elephant ever recordedA Caterpillar 311cu DiggerTwo adult killer whalesThe poop produced by the average guy over his lifetime If you said, “they all weigh the same,” you nailed it! That’s right: research...