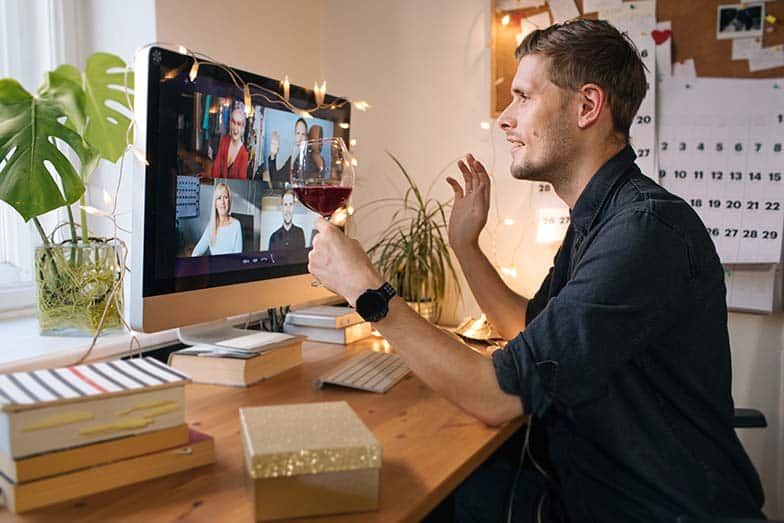 Let’s be honest, guys, if our true love’s got us the “magic cure” for hangovers as a gift this holiday season, we’d be stoked. All of those cups of cheer can add up, even if most of our drinking with friends will be taking place on video calls this holiday season.

The good news: it can actually be easy to avoid a hangover while still enjoying some festive cheer. Heed these five tips to help prevent a hangover, and you can get your buzz on without paying for it with a pounding headache and pukey feeling the next day.

1. Chase every drink with a glass of water.

Not a sip or two of water after every drink. Not a glass of water for every three drinks. One bottle of beer. One glass of water. One scotch on the rocks. One glass of water, you get the picture. Water helps your body process and eliminate alcohol, so removing it from your system ASAP with plenty of water will result in a milder, or even non-existent, hangover.

2. Drink plenty of water after drinking

Dehydration isn’t considered the main cause of hangovers, but it contributes to symptoms such as thirst, headache, fatigue, and dry mouth. Okay, if this is starting to sound a lot like a hangover, you get the point. Drink water during and after a few highballs.

3. Drink clear liquor on the rocks

Adding ice to drinks dilutes them, cutting the alcohol content (by volume) and reducing the frequency of refills. Many people like to mix booze with sugary things like pop or juice, which makes hangovers worse. So drinking your liquor straight up can actually help you with hangover prevention when you moderate it. It also turns out that dark-coloured liquors such as whiskey, brandy, and red wine may cause worse hangovers than vodka, gin, and other clear liquors. Unfortunately, no matter what the colour your drink is, you’re going to feel like crap the next day if you drink too much of it.

4. Wine and dine on protein, not sugar

A full stomach slows down the rate at which alcohol is absorbed into the bloodstream. High-protein foods such as eggs, nuts, and lean meats take longer to digest, and so they give your body more time to break down alcohol.

Booze is full of sugar, especially when mixes such as pop and juice are involved (as mentioned above), and this sugar is thought to be part of the reason we get hangovers in the first place. That’s why shortbread cookies and milk chocolate Santas are not ideal foods to eat while drinking.

Alcohol can impair both sleep quality and duration, and staying up late while drinking can disrupt your entire sleep schedule. Although poor sleep doesn’t cause hangover symptoms, it contributes to fatigue and irritability. If possible, try to stop drinking at least 4 hours before bedtime to get a decent sleep and feel good the next day.

There you have it, folks. It’s easy enough to get your buzz on and come out of it feeling great. The key to preventing “Rudolph Nose” is simply moderation.

Do you have any hangover prevention tips that work well for you? We’d love to hear them in the comments below.

This article was originally published on December 14, 2016. 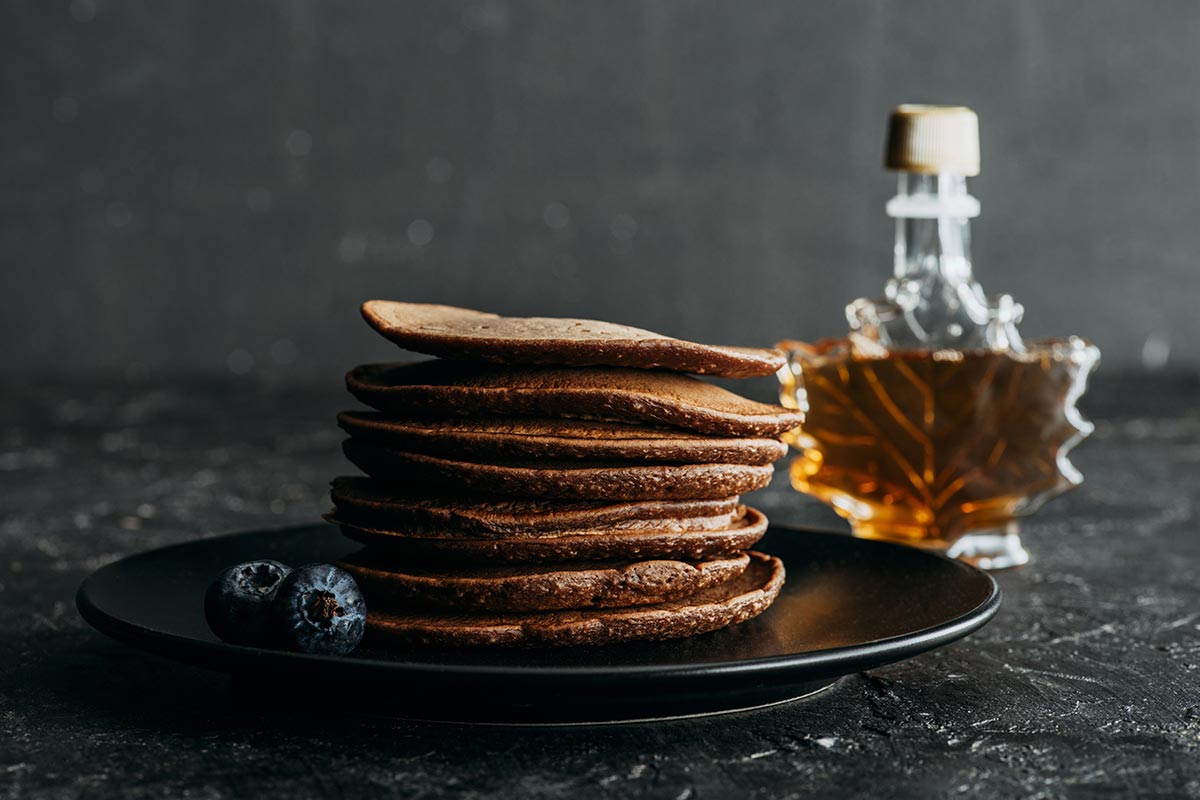 Maple is truly the pride of Canadians; its leaf is our emblem, and its syrup delights our taste buds.

Canada is the world’s main maple syrup producer, accounting for over 70% of the market. Maple products are even offered as diplomatic gifts to foreign dignitaries. It’s not for nothing that we say “as Canadian as maple syrup”!

But apart from maple syrup’s smooth taste and its undeniable contribution to the Canadian economy… did you know that maple also has incredible health benefits? 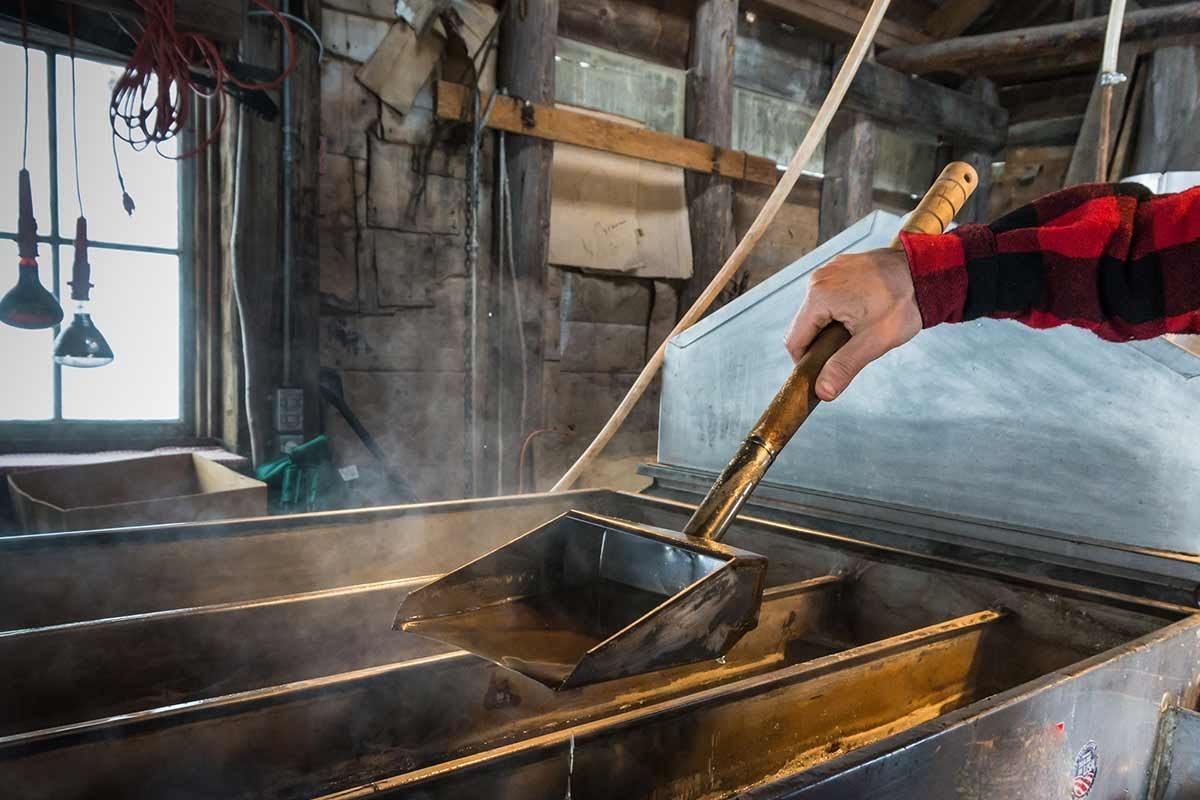 Provided that you stocked up in spring during your visit to the sugar shack, now is the time to make yourself some healthy treats using maple syrup. Here is a super easy recipe for banana crepes that you can cover with golden nectar.

Eating healthy is easy with our maple syrup! 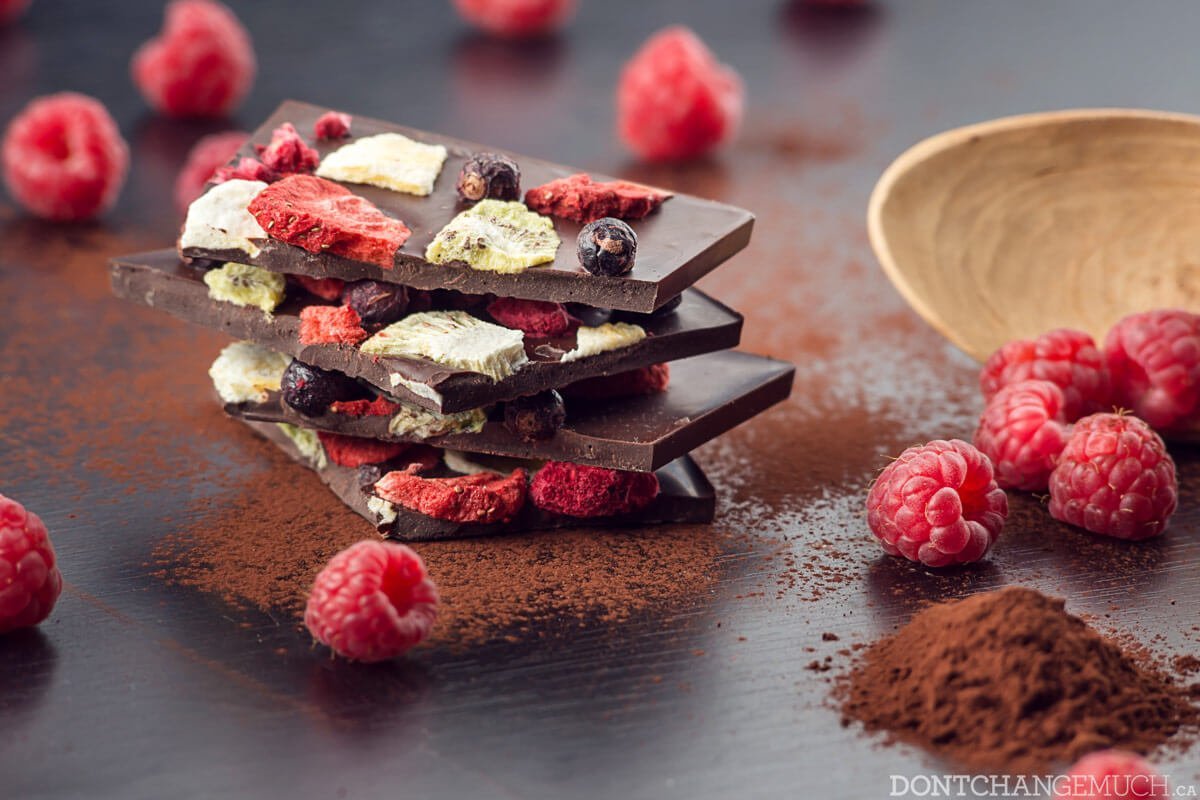 3 Pleasures for the Holiday Season

Imagine sinking your teeth into dark chocolate fudge studded with caramelized almonds, dried apricots, cranberries, blueberries and raisins. Or, dipping a spoon into a bowl of whiskey raspberries with chocolate mousse and pistachios. Sounds delicious, right?

It may surprise you to learn that both these culinary creations are actually nutritious. Dessert? Nutritious? As it turns out, any guy can whip up an after-dinner treat that doesn’t involve waistline-expanding sugar, refined flour, and unhealthy fats.

The rise of the “Three Pleasures”

These two desserts are among dozens shared on Twitter and Instagram using the #3ForDessert hashtag, which is being popularized by Harvard nutrition scientist Walter Willett.
Fed up with the unhealthy treats available at restaurants, Willett is promoting the “Three Pleasures” — nuts, fruit and dark chocolate — as the ideal ingredients for simple desserts that deliver great taste without being bad for you.

What makes the “Three Pleasures” so good? Fruit is refreshing, naturally sweet and will add colour to your creations. Nuts are crunchy and full of flavour, while dark chocolate beautifully compliments the sweetness of fruit and requires no explanation – It’s chocolate!

Making your own “Three Pleasures” dessert

For a beginner’s “Three Pleasures” dessert, there are no instructions or ingredient amounts. All you need to do is copy the picture – crazy easy! Start with the 3 ingredients listed below and arrange on a small plate, pile into a martini glass, or present on a big platter that people can share. 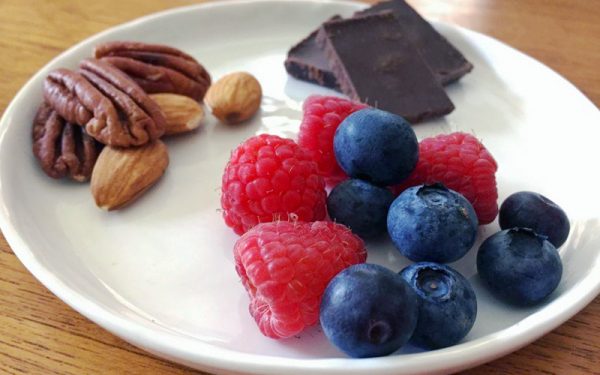 Start simple with these ingredients:

Got some skill in the kitchen or want a good challenge? Here is a “Three Pleasures” recipe that kicks it up a notch.

You’ll be amazed how easy and delicious these healthy desserts can be. Once you’ve tried this, you can swap in different ingredients to mix it up. Serve this dessert, or another of your creation, to a significant other or friends, and they’re bound to be impressed.

Join in the fun on Twitter and Instagram by snapping a photo of your sweet creation and sharing it using the #3ForDessert and #DontChangeMuch hashtags. 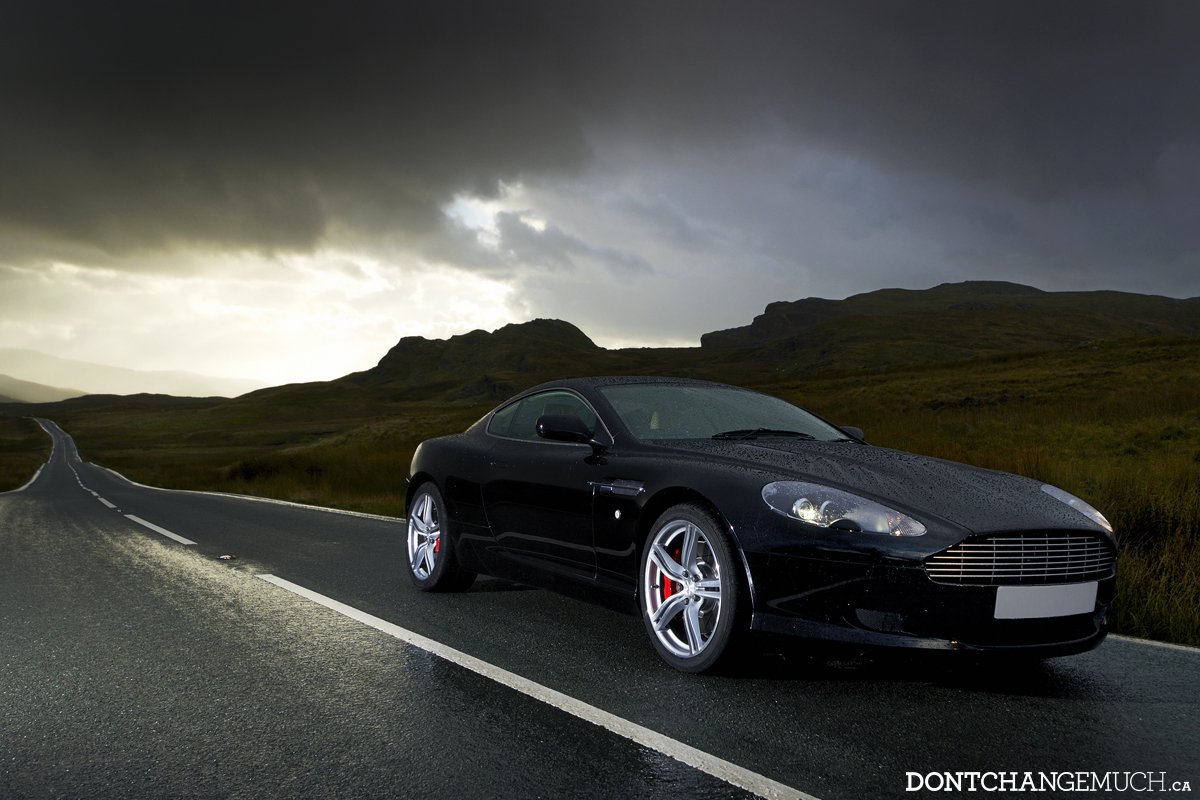 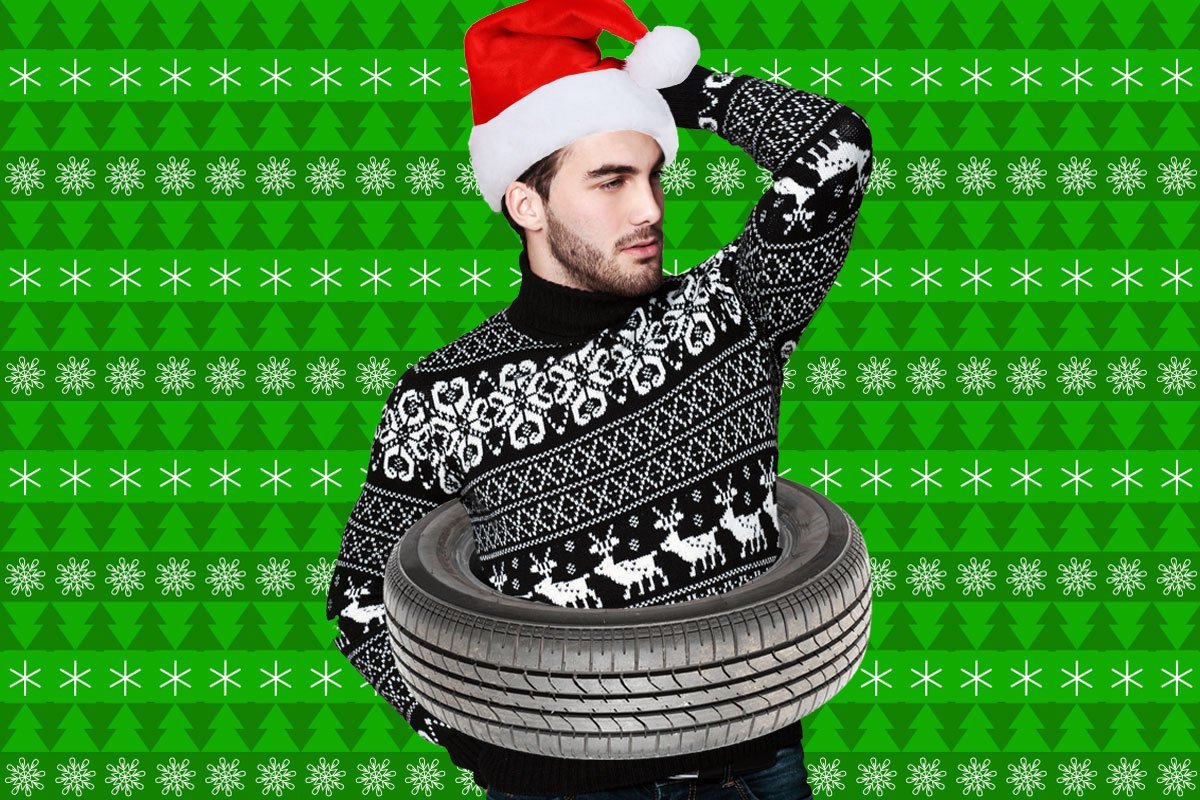 Avoid the spare tire this holiday…

Upon us once again is the seasonal outbreak of Lathargiasis. With every party, yule tide and Christmas carol, Canucks around the country are finding it increasingly difficult to say “yes” to working out. And so the spare tires roll in.

The physical disorder of inactivity, usually seen during the winter hibernation season.

If you are having any of the following symptoms,

“Lathargiasis is trickery of the brain. It allows you to believe that New Years is just around the corner and you will head to the gym then. Unfortunately, not only do a third of all resolutions fall flat before the end of January, but by not working out you are slowing the release of endorphins in your brain which get released upon physical activity (meaning Scroogeoid is just around the corner). Forgoing your workouts will also lower your energy levels so that you are in a constant circle of feeling tired making it harder to get into your routine again.”

Keeping up to at least three days of physical activity per week. That doesn’t necessarily mean you need to go to the gym either. Shovel the snow in the driveway, go sledding with your kids or play a game of ice hockey with the bros. Enjoy peace of mind, get going and do what you love.