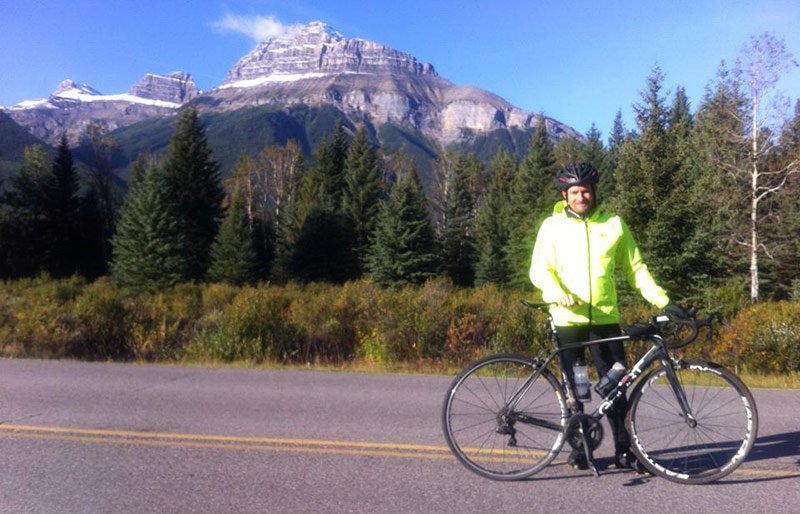 A Sustainable Seafood Movement by Our Champion Ned Bell

Over the last two months one of our most humble champions Ned Bell has been cycling across Canada with the goal to increase awareness for sustainable seafood.

If you’ve had the fortune to meet Ned you would know he is a man of integrity with a passion for food, a passion for family and a passion to leave a positive footprint and legacy.

So how is Ned making a difference with this new mission? Ned is using his role as the Executive Chef of Four Season’s Hotel Vancouver to catapult a new movement for sustainable seafood via the Chefs for Oceans campaign – http://chefsforoceans.com/.

Ned’s 10 week tour across Canada kicked off on Canada Day starting in St. John’s Newfoundland and ends in Vancouver on September 12.  The hope is to engrain and grow environmentally responsible seafood procedures in Canada’s future generations.

Also at the forefront of Chef Bell’s journey is the goal to institute and raise awareness for National Sustainable Seafood Day, a day which spotlights the necessity of healthy oceans, lakes and rivers for the futures of both human beings and the environment.

I know you’re thinking that’s admirable, but his mission to support the Canadian Men’s Health Foundation (with the Don’t Change Much awareness program) as well as reminding us that the ocean is more than a place for seafood really does make him a Canadian champion you should get to know – read more about Ned here.

Ned has gracefully lent the Don’t Change Much campaign a hand with “7 awesome manly recipes ebook”  you can get by signing up to our newsletter here – https://dontchangemuch.ca/tips/newsletter/ (Ned’s Awesome Halibut Burger recipe is one every guy needs to have in their back pocket!).