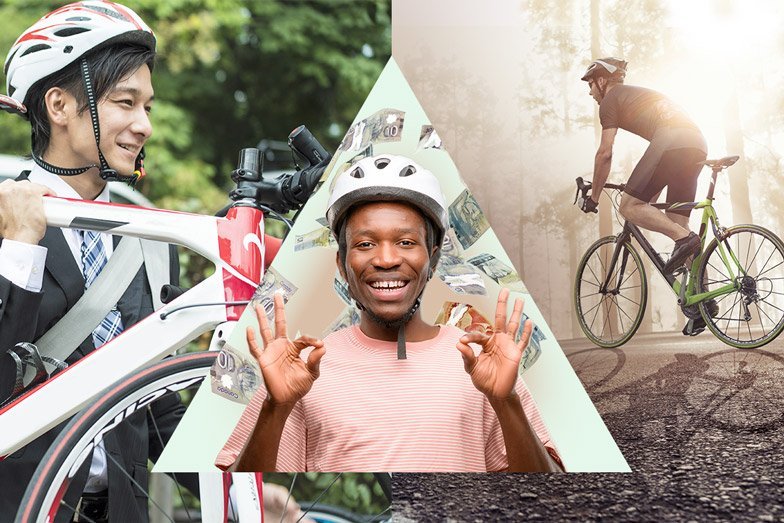 Those “said no one ever” memes are everywhere these days — and some are pretty darned funny:

“Those are lovely face tattoos…said no one ever.”

“I just hit someone…said no stormtrooper ever.”

“Those skinny jeans make you look extra manly…said no one ever.”

They’re funny because they’re true — as Homer Simpson once said — which brings us to this nugget:

“Three-for-one deals are the WORST…said no one ever.”

Getting three of anything — pizzas, T-shirts, whatever — feels great when you pay for just one of whatever it is.

So here’s some good news: Ride a bike to work, then throw down any one of the five equipment-free exercises featured in the free “10 Minute Man Workout” ebook, and you get a healthy three-for-one deal. That’s right: One easy workout gets you these three awesome benefits: 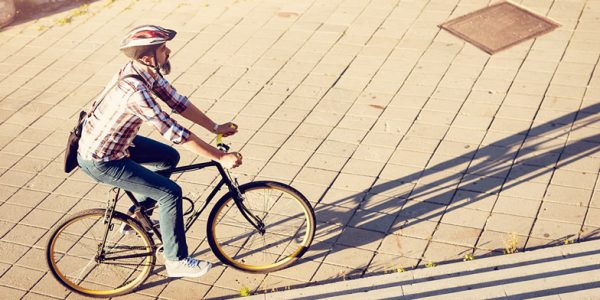 Why commute by bike? A leisurely ride will burn about 280 calories per hour. Pedal more quickly or climb a hill, and the fitness boost only increases. In addition, cycling gets your legs and heart pumping without pounding your joints. This reduces the risk of injury, and as a result, cycling can become a lifelong activity.

At the same time, a recent study found that bike riders had higher post-training levels of the metabolism-boosting hormone FGF21 than other athletes. Combined with a pedal-pushing calorie-burn, a faster metabolism can help you lose weight and look and feel better.

When you get home, keep the healthy momentum going by tearing off any three of the exercises in the free “5 Minute Man’s Workout” ebook: Push-ups, crunches, the plank, squats and tricep dips. After some practice, you can make the most of these easy moves by adding more of them to that five-minute span. Italian scientists have found that increasing the intensity of a workout boosts the number of calories burned afterward. It’s like getting something for nothing — which is even better than a three-for-one deal! 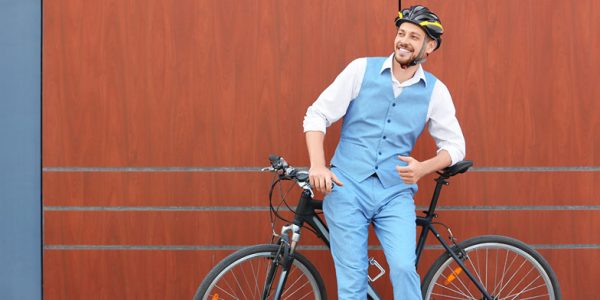 Saving money is such a drag…said no one ever. Not including the value of the vehicle, driving costs around 50 cents per kilometre when you factor in gas, insurance, maintenance and other fees. So if you live within biking distance of your workplace, do the math: If you cycle 10 kms instead of driving five days a week, you’ll save around $1,300 per year. Giving up a car entirely can be tough, of course, but many people combine car-sharing and cycling to cut back on costs and help the environment. 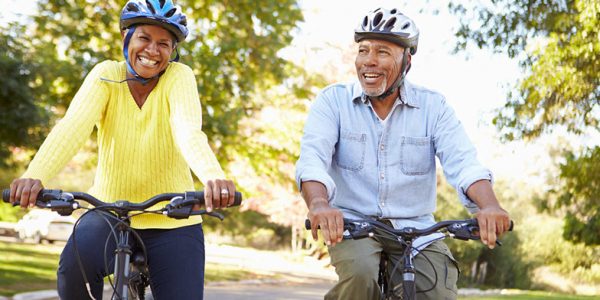 Hooray for traffic jams…said no one ever. We all know the terrible feeling of banging your head against the steering wheel during rush hour. Cycling, on the other hand, has been shown to be especially good at reducing this kind of stress. A recent New Economics Foundation study revealed that bike commuters report lower stress levels than drivers and transit-takers, while a 2006 report by the Victoria Transport Policy Institute found that a much higher rate of bike commuters say they “like” their commute.

If you’ve had a bad day, your bike-workout routine can also reduce pent-up emotional intensity, clearing your thoughts and enabling you to deal with your problems more calmly.

Wondering how to reboot your metabolism at other times of day? Check out these easy morning and afternoon tips!