What’s easier than Just Do It? Just Show Up! 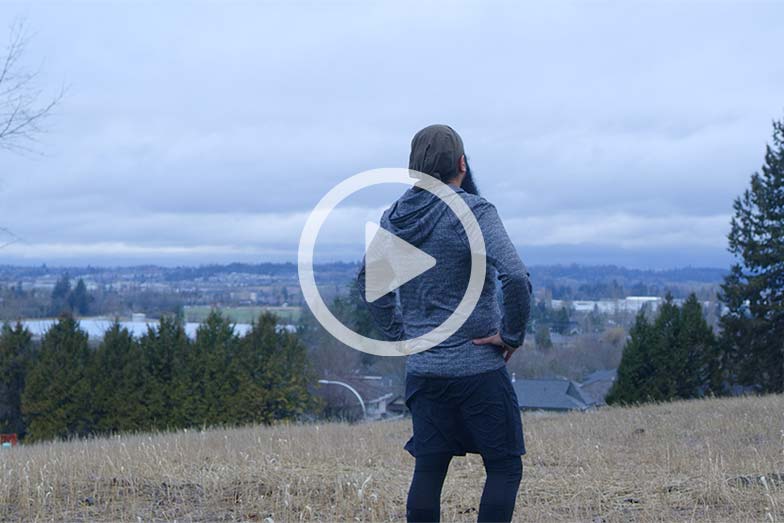 “Just Show Up” is Sukhminder Virk’s motto when it comes to getting some easy exercise in and around his home in Langley.

“I’m not running marathons,” says the B.C. dad  — read his full story here — who recently rediscovered the joy of running he felt in his youth. “I’m just doing a little bit every day. I put on my shorts and t-shirt, lace up my sneakers, and just go. It’s easy to do, I get outside, and I always feel better afterwards. There are so many benefits of running.”

Check out Sukhminder’s easy tips for adding some light running to your daily routine:

Sukhminder prefers paved roads to sidewalks because running on asphalt provides more cushioning than concrete. His favourite places to run, however, are the wooded trails winding through his neighbourhood — and not just because the soil is extra-cushiony. “It’s just so nice to be out in nature, breathing in the fresh air,” he says. “Watching the seasons change, watching the sun rise and set, it just makes you feel like you’re part of something bigger.”

The expression “walk before you run” is a great tip for easing into running. When Sukhminder first started getting back into his groove, he walked for 10 minutes, jogged for five, and walked for 10 more to wrap up his workout. That way he warmed up and cooled down at the beginning and at the end.

From there, he gradually increased the amount of running. Alternating five-minute walks and runs, after all, will burn more than 250 calories over 30 minutes. Not too shabby!

Sukhminder doesn’t skimp on food. He knows what to eat to stay healthy, as well as the importance of enjoying his food. “We all deserve a treat sometimes. So when I treat myself, I make sure it’s really good. If I’m going to eat a cookie, it had better be a damn good cookie!”

Likewise, make sure there’s some fuel in your tank before you walk (or run) out the door. If you’re a morning person, knock back a tall glass of water and chow down on a hearty bowl of oatmeal (or any of these awesome breakfast ideas) about 30 minutes beforehand. If you’d rather shake a leg right after work, be sure to refuel beforehand on snacks like nuts, fruit, or these other after-work snacks. Or do it after dinner when you’re fully refuelled, and reward yourself by playing catchup with your PVR.

At first, the free Nike Training Club smartphone app helped Sukhminder warm up for his runs. Now he’s memorized the five-minute routine, which gets his hips, thighs, quads, hamstrings and upper body moving. “I just try to get limber, which is important first thing in the morning,” Sukhminder says. Speaking of apps, check out our Top 5 fitness apps for beginners.

Warming up before you head out will help keep you loose and prevent mid-run cramping. Doing it afterwards will help reduce stiffness the next morning. Here’s how to stretch like a semi-pro.

Running for more than five minutes calls for a decent pair of running shoes and a good pair of socks. Goodbye shin splints and blisters, hello head-turning fitness and cool-looking kicks!

You don’t need the latest and greatest runners. Instead, head to a discount shoe shop, where they can usually be had for around $50. As Sukhminder says, “my goal isn’t to become ‘The Rock.’ I’m just doing what I can to be physically, spiritually, and mentally healthy for myself and my family.”

What’s your favourite place to get active outdoors? Share your go-to spot in the comments below!

Filed under: Get Active