How to give your liver a break over the holiday season

Who works harder than Santa Claus over the holidays? OK, your liver’s not a person (or even an elf), but it does give St. Nick a run for his money.

Santa has lots of gifts to deliver, no doubt, but your liver never takes a break from performing the 500-plus functions that are vital to keeping you alive. Screening and processing food and drink, cleaning your blood of toxins, keeping your hormones and cholesterol in check – your liver does it all, and much more, around the clock. Santa, meanwhile, has one big night, and then he mails it in for months!

Now, we all know that too much alcohol is not good for your liver, so it’s not a bad idea to drink less and give yourself breaks from time-to-time. Did you know that some foods can also be hard on the liver? Because of this, your liver may have to work extra hard over the holidays if you knock back more alcohol and eat more salty, sugary, and fatty fare than you normally would.

As well as producing hangovers and holiday bloat that makes Santa look slim, pushing your liver too hard can have serious health consequences. That’s why it’s important to know what to do for liver health and how to give it a break when it needs one.

It’s time to show your liver the respect it deserves. Here are some tips for good liver health.

Dial down the drinking

Because the liver has so much to do, it can only handle so much alcohol at once. One rum and eggnog? Of course! A second rum and eggnog? It’s the holidays, so why not? But drinking more than this in one sitting, or having multiple drinks every day, forces your liver to work overtime. This can result in the destruction of liver cells and a build-up of fat deposits that, if left unchecked, can lead to much worse.

Also, remember that no form of alcohol is less harmful to the liver than another. A bottle of beer, a glass of wine, a shot of spirits – each has the same effect, whether mixed or taken straight. The takeaway here: Drinking in moderation is a good thing to do for liver health.

This one’s straightforward: mixing over-the-counter painkillers, for example, can lead to liver failure. So if you have a winter cold and need to take decongestants, be sure to steer clear of alcohol. When in doubt, play it safe until you speak to your doctor about mixing specific medications with alcohol.

Support us for the cost of a cup of joe.

Tips for drinking less over the holidays

Studies have shown that people pour less wine into narrow glasses than wide ones, which reduces the rate of consumption, and that leaving a glass on the table instead of holding it yields a smaller pour. Likewise, straight-sided beer glasses with measurement markings slow down the rate at which we drink.

Again, studies have shown that filling a glass only halfway up results in significant booze intake reductions.

Make a list of festive activities you enjoy that don’t have to involve booze – tobogganing, skating, post-mistletoe-sex, the list goes on – and slot them in at those times when you’re likely to be tempted to drink.

Many popular cocktails can be just as tasty with less or no alcohol. Pack a glass with ice cubes, pour tonic water or Clamato over top, and squeeze in some fresh lime or lemon. The result is just as refreshing and tasty as a regular gin and tonic, vodka and cola, or bloody Caesar. If you miss that hint of booze, use one ounce, or even just a splash, instead of two ounces.

Tips for eating less sugar, fat, and salt over the holidays

Too much sugar and saturated fat in your diet can have a similar effect as too much alcohol: fat build-up in the liver. Too much salt, meanwhile, can worsen liver problems. So, to keep your liver healthy over the holidays, there are two effective, easy strategies: eat less overall — as holiday food tends to be sugary (shortbread), fatty (gravy), and salty (stuffing) — and favour healthier liver-friendly foods.

Drinking water fills up your stomach, which makes you feel less hungry. Studies have also shown that drinking water reduces our intake of sugary alcohol and soda pop. Aiming to drink five tall glasses each day can help you eat less and is a simple, easy, no-cost way to actually lose weight over the holidays. Now that’s a Christmas miracle!

The wonderful thing about eating smaller portions is that you can still eat the stuff you love; you simply need to train yourself to eat less of it in one sitting. Try this simple tip: fill up half of your plate with veggies or greens, then one quarter for grains, and one quarter for protein.

Watch your side dishes:

Snack throughout the day:

Noshing on healthy snacks after breakfast and lunch may help prevent overeating at dinner. On that note…

Swap fatty potato chips, salty pretzels and sugary shortbread for healthy, tasty snacks such as popcorn, pistachio nuts, veggie sticks with tzatziki, or whole-wheat crackers with hummus. For more delicious and healthy snack options for the morning, afternoon and evening, you can check our free ebook on healthy snacking.

If you’ve been overindulging lately and want to give your liver a little TLC, here are some good foods to help improve your liver’s health:

Did you know that a top sirloin steak has less fat than ribs? Choosing lower-fat options doesn’t mean you need to eat only veggies and beans!

With everything going on with COVID right now, it can seem like a good idea to eat and drink your worries away. But all that does is make you feel even crappier. Since you probably won’t be socializing as much over the holidays this year, why not give your liver a bit of a break.

What are some of your favourite non-alcoholic drinks to make? We want to hear your ideas in the comments below!

As an Amazon Associate, we earn from qualifying purchases. Learn about supporting us at no cost to you. 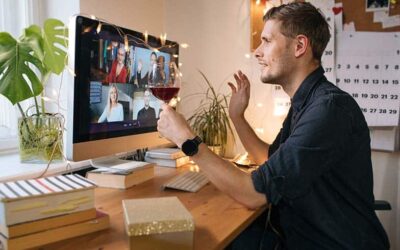 Let’s be honest, guys, if our true love’s got us the “magic cure” for hangovers as a gift this holiday season, we’d be stoked. All of those cups of cheer can add up, even if most of our drinking with friends will be taking place on video calls this holiday season. The...

Avoid Hangovers: Here’s How to Go Easy on Your Patiala Peg

Having a drink in the evening may have taken a different turn during the COVID-19 pandemic – I’m sure you never envisioned yourself hitting your friends with a unified “Kiddan!” over Zoom, did you? While that’s one thing that’s changed about how you relax and unwind...

If you’ve ever wanted to make your own green beer on Saint Patrick's Day, here’s the step-by-step recipe: Step 1: Pour beer into glass.Step 2: Stir in blue food colouring until beer turns green. That’s all there is to it! Now, here’s a step-by-step recipe for enjoying...