How to dump the afternoon slump & reboot 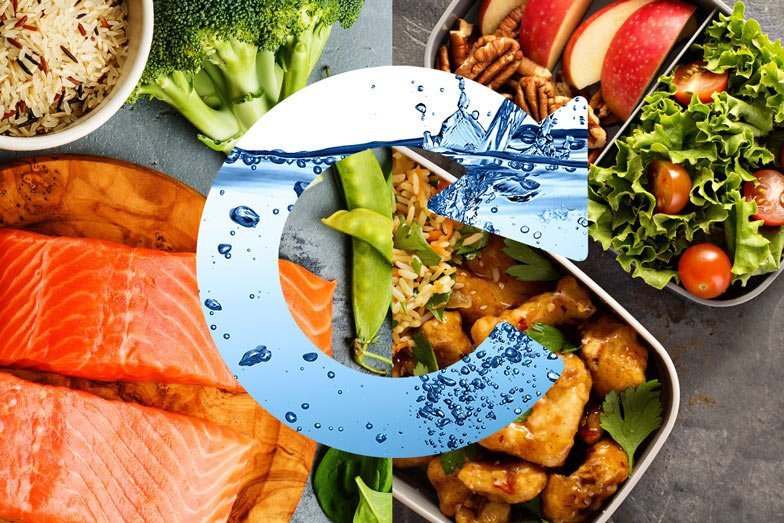 Pro athletes do a lot of strange things to break out of slumps. Take Jason Giambi: When his bat went cold in 2008, the former New York Yankees first-baseman turned his season around by wearing a gold thong.

Then there’s former NHLer Bruce Gardiner, who started dipping his hockey stick in the toilet to reverse a scoring slump during his 1996 rookie season. Why? Because a teammate told him he needed to get his stick dirty!

Of course, slumps aren’t limited to the big leagues. Depending on what you’ve eaten (or not eaten) since getting out of bed, you may not have consumed enough calories to meet your body’s energy needs as the day wears on. The “3 pm slump,” as it’s called, is real. Wondering how to reboot your metabolism—or the way your body functions—in the afternoon? That’s where these awesome tips come through big-time…no gold thongs required!

There are so many reasons to love lunch. For one, having a healthy lunch is a great way to prevent the 3 pm slump. For another, eating lunch away from your desk or job site can have a positive effect on your mood and provide a jolt of creativity, research shows.

There are also benefits to having a man-sized midday meal. According to a recent Italian study, participants who ate most of their daily calories at dinner were twice as likely to be obese as those who ate larger meals earlier in the day. At the same time, a Dutch study reveals that guys

who eat larger meals less often throughout the day have better appetite control than those who spread the same number of calories out over more frequent meals. It makes sense: Eating a hearty lunch will help prevent you from filling the hunger gap by hitting the vending machine.

A 2017 study by Canadian scientists found that guys who had more of the bone hormone osteocalcin in their bloodstream were better able to break down fat and sugar. This, in turn, can help with weight loss. Which lunch-friendly foods boost that hormone? Broccoli, onions, salmon, and olive oil. Which lunch-friendly recipes contain those tasty ingredients? Check out these gems:

These recipes are awesome for dinner too, so go ahead and make extra for lunch the next day. Another pro tip: Use weekend downtime to prep meals for the week ahead. One taste of these beauties and you’ll be glad you did!

Drinking water may reboot your metabolism by helping your body break down fats more efficiently, according to a recent study review. This can help with weight loss, as can the simple fact that filling your stomach with zero-calorie water makes you feel less hungry.

When you consider that your body is about 60% water, it’s a no-brainer that staying hydrated is super-important. Not only does water give you a boost of energy, it helps your body maintain normal functions like blood circulation, food digestion, and joint lubrication. Staying hydrated also reduces the risk of heart disease, stroke, liver disease, and even type 2 diabetes among adults. No wonder Dietitians Canada recommends that men aim for about 3 litres of water, or 6 large glasses, every day. Drink that amount of water, and you’ll also be 54% less likely to suffer a fatal heart attack than a guy who drinks just two glasses, according to scientists at Loma Linda University.

Plus, if you use a smaller cup, walking to the drinking fountain, water cooler or sink for regular refills can help you get active at work.

Just don’t use the toilet for refills, OK?

Wondering how to reboot your metabolism in the morning? Check out these easy tips!