Mental Illness: What is it?

Most often, the various anxiety disorders are treated with counselling or medication.

Together, depression and manic depression are known as mood disorders and affect about 10% of the population. Mood disorders cause people to experience more extreme (and longer-lasting) emotional “highs and lows” than normal.

Symptoms of depression include feelings of hopelessness, changes in eating patterns, disturbed sleep, constant fatigue, an inability to have fun, or even thoughts of suicide. People with manic depression can have these same symptoms, plus occasional “highs” that can cause reckless behaviour.

Organic brain disorders are the result of a disease or direct injury to the brain. They affect about 1% of people and include Alzheimer’s disease, AIDS dementia complex (caused by the HIV virus damaging the brain) and brain damage from strokes or accidents.

There are many types of personality disorders, each one with its own medical name. In general, people with these disorders have a hard time getting along with other people. They have difficulty understanding themselves and others, which may make them irritable, demanding, hostile, fearful or manipulative. The symptoms vary from one type of personality disorder to another.

Personality disorders are among the most difficult forms of mental illness to treat. Often, people with these disorders don’t seek help because they are able to function in their day-to-day lives. They may blame others as the source of dysfunction in their relationships rather than considering that the problem is within themselves. Professional counselling, therapy and medication are the most effective treatments.

Contrary to what a lot of people believe, schizophrenia isn’t about having a “split personality.” Rather, it is a serious mental illness that affects about 1% of Canadians. The most common symptoms include mixed-up thoughts, delusions, hallucinations, and bizarre behaviour.

Some people have just one episode of these symptoms in their lives; others have a difficult time functioning in daily life because their symptoms are so frequent. Anti-psychotic medications are the main treatment for schizophrenia, as well as counselling and programs that help people manage the symptoms.

What Can You Do?

Talk to a Doctor

If you believe you or someone you know is showing symptoms of a mental illness, talk to your family doctor first. If necessary, he or she can refer you to a specialist resource – such as a psychiatrist, a mental health clinic at a hospital or a community health centre. The treatment will depend on the specifics of the mental illness. 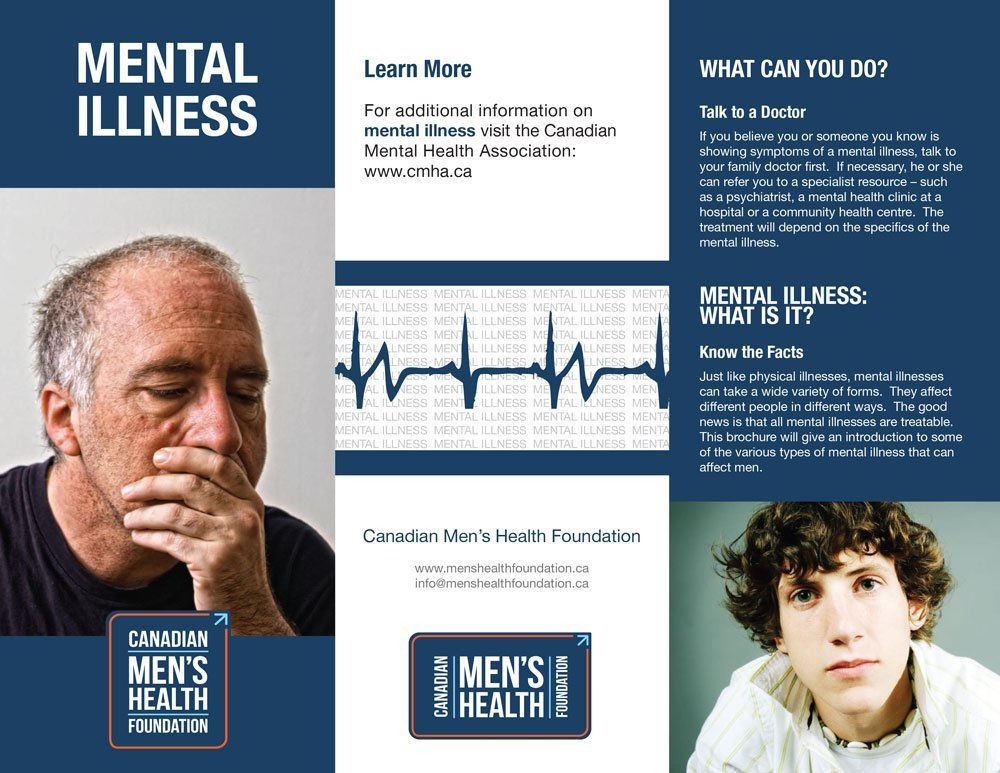 You probably know the whole point of Don’t Change Much is to get guys to make small, simple...